Tipp Classical returns: Everything you need to know for the Trip to Tipp 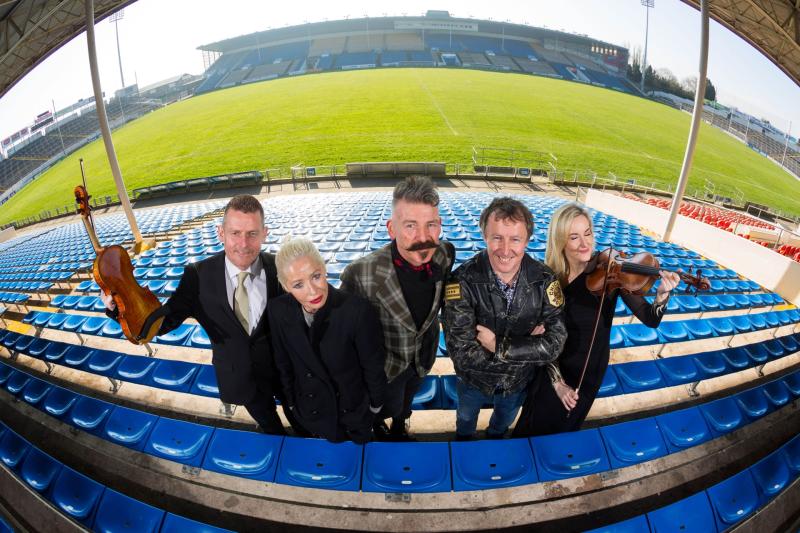 Following last year's sell out success, the return of Feile to Semple Stadium for 2019 was inevitable. Now rebranded as Tipp Classical, the expanded two day festival has reunited a host of former Semple stars to perform alongside the Irish Chamber Orchestra for a hotly anticipated trip back to the 90's this September.

Feile favourites The Stunning, Something Happens and The Frank and Walters are back alongside a slew of 90’s bands including Sultans of Ping, Therapy?, Transvision Vamp’s Wendy James and Picturehouse.

A number of additional acts are set to be added to the bill over the coming months while a full day-by-day line up will be released later this summer.

Sultan's of Ping, above, were convinced to sign on to the festival line up after seeing a video of last year’s 10,000 strong crowd singing along to Where’s Me Jumper in Semple.

The Frank and Walters

Also returning to Semple Stadium for 2019 is An Emotional Fish frontman Jerry Fish who will this time host and perform at the Tipp Big Top. Under Jerry's watchful eye, the Tipp Top tent will play host to a selection of classic bands, weird and wonderful entertainers and all of the mayhem which has made Jerry a festival favourite right across Europe.

What else should we look out for?

Thin Lizzy’s ‘Live and Dangerous’ album is one of the most iconic live albums ever recorded. Conductor Ken Rice and the Irish Chamber Orchestra are delighted to present their interpretation of these rock and roll classics at Tipp Classical 2019,  featuring original Thin Lizzy drummer Brian Downey who will bring his live band Alive & Dangerous and a host of very special guests who will join the band onstage in Thurles for what promises to be a very special celebration of the legacy of Phil Lynott and Thin Lizzy.

The music of Shane MacGowan featuring the Irish Chamber Orchestra.

Shane MacGowan, avid Tipperary hurling supporter, iconic musician, and one of the world’s greatest songwriters, resides a mere minutes from Semple Stadium. Therefore, to celebrate his legendary songbook, we are delighted that the Irish Chamber Orchestra and Shane are collaborating with a host of guests for one very special performance on the pitch at Semple stadium for one night only.

The music and sport conversations' live from The Dome will return however this year’s squad of speakers won’t be revealed until much closer to the date! But we can reveal that Dustin the Turkey will be back to wreak havoc on the Tribal Talks, the main stage and the town of Thurles!

The food and drink village at this year’s festival will be much more extensive, the best loved elements will remain such as the prosecco tent and Applemans Secret Garden while the food fayre will have many more options and outlets.

Tipp Classical are also delighted to announce a recent partnership with Dingle Distillery for the festival, who will be pouring their signature gin and vodka all weekend!

Festival goers will be able to choose from a range of local hotels and B&B's, or for the more adventurous, camp out under the stars in Thurles in the Tipp Classical Eco-Glampsite.

There will be three glamping options within the eco-glampsite, and the same amenities will be available to those who want to bring the campervan, as the campervan site will be located adjacent to the glampsite. Glampers will be able to choose from cosy pre-pitched tents; tipis and yurts or a luxury furnished bell tent that can sleep up to six people.

The fantastic Tipperary Festival Foods Pop-Up will be on-site serving up mouth-watering breakfast, lunch and dinner. All amenities will be provided, including clean loos, hot showers, phone charging points, a pamper parlour and chill out area as well as 24 hour security. Glampers and Campervaners will have close access to the stadium and car park.

To find out more and to purchase passes visit www.TippClassical.com

How much are tickets?

Physical tickets for Tipp Classical will be on sale from Lar Na Pairce, Thurles.