Tipperary teenager with extraordinary voice to appear on Ireland's Got Talent 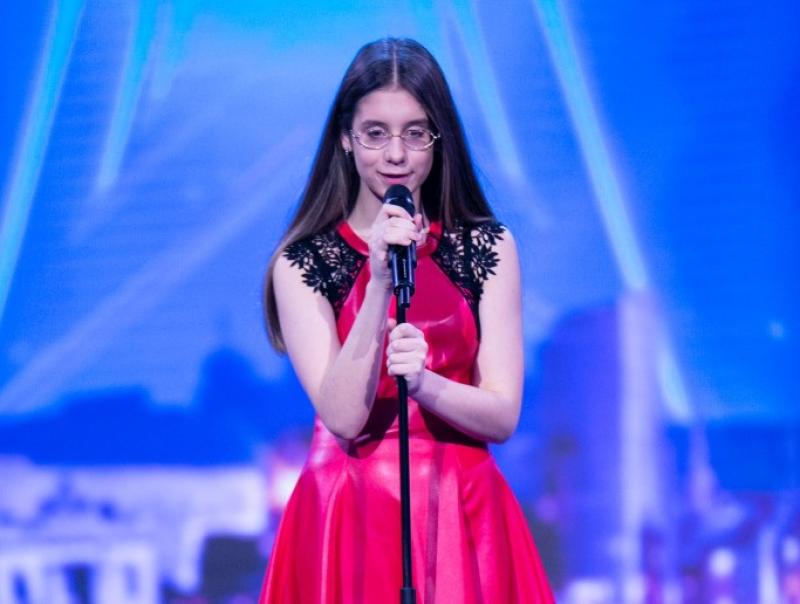 A Cashel teenager who reached the semi final of The Voice Kids Lithuania last summer is hoping to follow in the footsteps of her musical heroes when she takes to the stage of this weekend’s episode of Ireland’s Got Talent.

Iveta Tumasonyte has been hailed as the little girl with the “big voice” and will tackle the Lady Gaga hit Never Love Again from the Oscar nominated film A Star is Born in front of judges Louis Walsh, Denis Van Outen, Michelle Visage and Jason Byrne.

“I can’t wait until the episode airs because it was announced at school over the intercom and everyone’s been asking me about it since then, wanting to know how it went,” explains the Cashel Community school second year student who cites a list of stars as diverse as Aretha Franklin, Demi Lovato and K-pop band BTS as her musical inspirations.

Fourteen year old Iveta was born in Vilnius, Lithuania but moved to Ireland with her family when she was a toddler.

Mum Jelena, herself an accomplished piano player, says her daughter has been singing in the family home since she could talk but insists that Iveta’s musical talent can be traced back to her grandfather.

“She gets her musical talents from my side of the family, without a doubt and her grandad is a great drummer. We are incredibly proud of her,” she says.

While on her summer holidays last year Iveta competed in the Lithuanian version of The Voice TV show, ultimately reaching the semi finals of the series.

After appearing on the show Iveta says she is more determined than ever to realise her singing dreams.

“But I don’t want to just be a singer. I want to be a producer, songwriter and learn as much as I can,” she says.

Ireland's Got Talent is broadcast on Virgin Media One at 7.30pm on Saturday, March 16.