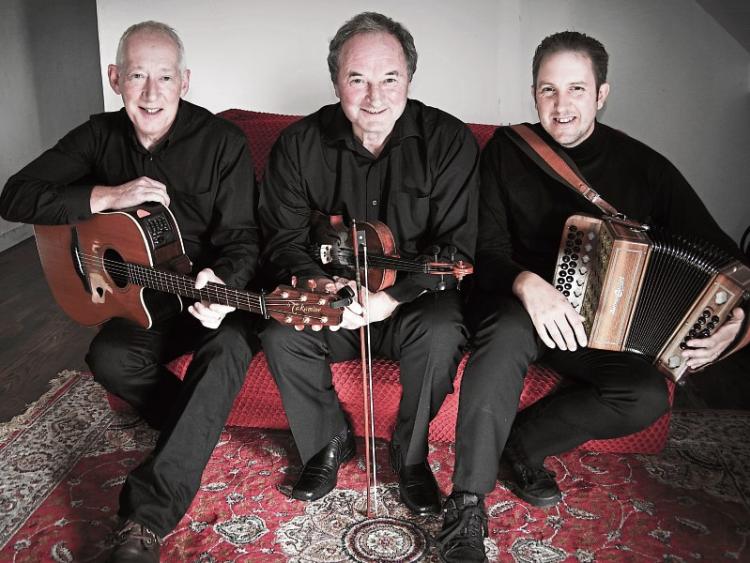 Rattle the Boards will play in the White Memorial Theatre on July 1.

Clonmel Junction Arts Festival is back! With all sorts of events from theatre (comedy, drama, puppets) to music (folk, classical, trad, rock, cabaret – we’ve a lot of different options!) as well as having art out and about on the streets of the town.

From morning til night during the first week of July, familiar spaces will be transformed – For One Week Only! – and places we don’t know or have forgotten will be revisited.

Watch, listen…or dip your toe in and get involved! It’s up to you – it’s your Clonmel Junction Arts Festival.

This year, the theme celebrates the beautiful setting of Clonmel, nestled in the valley of Slievenamon with hilly views on all sides of Comeraghs, Galtees and Knockmealdowns.

There’ll be events to get you out into the hills and to get you looking up as we give a platform to the artistic talent that abounds in Clonmel. The hills on our doorstep are green too…

We are delighted to welcome our new Artistic Director Cliona Maher who has been busy putting together a team and a lineup for this year’s festival. She has over 25 years of experience working in the arts in Ireland, the US and France, most recently back home in Clonmel as Artistic Director of South Tipperary Arts Centre.

“I have a strong commitment to developing the local arts infrastructure, to being open to a wide range of artforms, and to including people from different backgrounds. My aim is for Clonmel Junction Arts Festival to be by and for us all, making space for people to create, engage with and enjoy art.”

One of the liveliest traditional acts in Ireland's music scene, Rattle The Boards will celebrate in a jubilant concert featuring Benny McCarthy (Button Accordion), Pat Ryan (Fiddle and Banjo), and John Nugent (Guitar) with special guests as one of the highlights of the festival.

Playing together since 1992, Rattle The Boards have been praised as one of the liveliest traditional acts in Ireland's music scene. Pat, John and Benny were all members of the Knocknagow Ceili Band who were based in Clonmel. Benny is also leader of the International super group "Danú" and has toured all over the world.

They will mark their 20th anniversary with a not-to-be-missed show in the White Memorial Theatre on Monday, July 1.