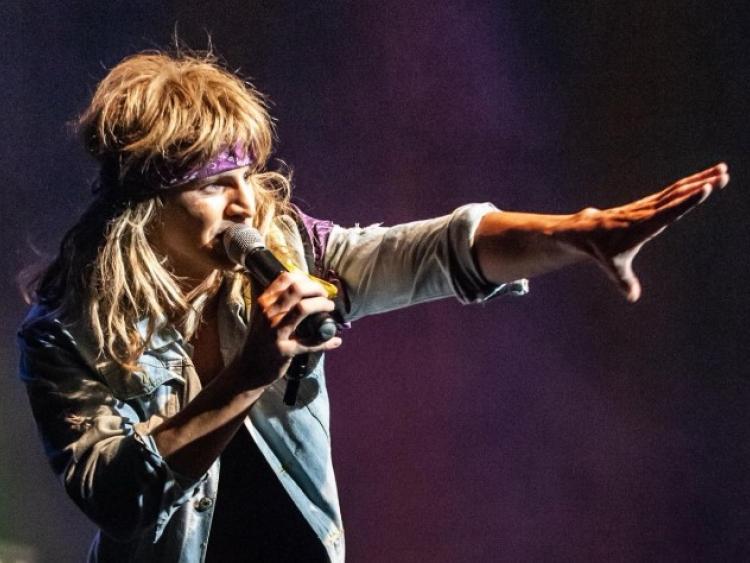 The Bon Jovi Story is a high-energy show, with powerful musical performances that get audience goers up off their seats, singing along to hits like Livin' On A Prayer, Bad Medicine, Bed of Roses and many more. The show details the band’s history from their breakthrough album, Slippery When Wet, up to their present day inclusion into Rock N Roll Hall of Fame with video montages, set and costume changes and live music.

Kevin Fagan, who hails from County Meath - a primary school teacher by day, and a rock n roll star by night, plays the role as lead singer Jon Bon Jovi.

Kevin has been involved in musical theatre for a number of years both in Ireland and further afield.

This year he received AIMS Best Actor in a lead role and in a supporting role for his portrayals of Ché in Evita (Teachers' MS) and Audrey II in Little Shop of Horrors (PMDS) respectively.

In his hometown of Navan, his most recent role was Judas in St Mary's Musical Society's production of Jesus Christ Superstar last year where he received the AIMS Best Male Singer award for his portrayal of this complex character.

With Trim MS, he played Tobias in Sweeney Todd and Che in Evita, John Tallentire in The Hired Man , and Drew Boley in Rock Of Ages.

Kevin has also performed professionally on various prestigious stages in Ireland including The Gaiety, The Olympia, and The National Concert Hall.

In 2017, he travelled to New York and Boston to premiere the new Irish musical Find Your Way Home playing the role of Michael.

Kevin auditioned for The Bon Jovi Story in Rearden's, Cork back in April 2018 and was delighted to nab the role of Jon Bon Jovi.

Since then, The Bon Jovi Story has played to packed houses in The Helix and Limerick Concert Hall and a sold out show in Cork Opera House.