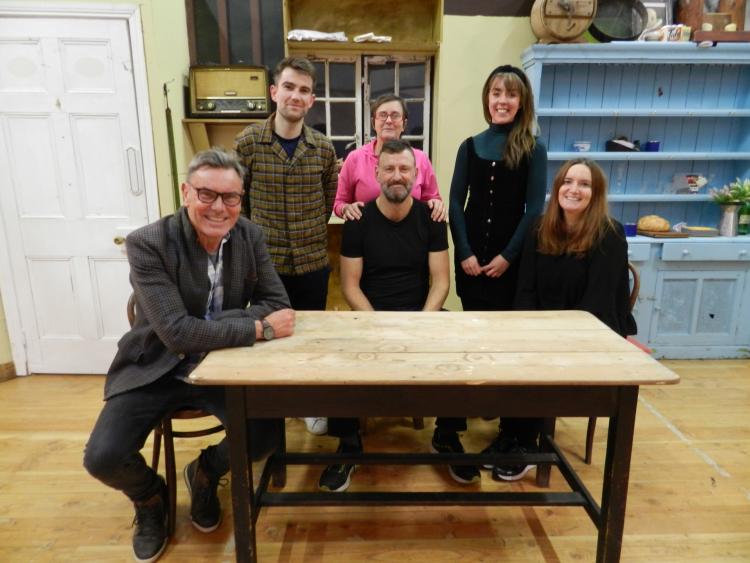 Down on a farm in the West of Ireland in the 1950’s, domineering Tom and placid Mary Kate carry on bravely while their rebellious younger son Curly is about to take off to the States to join his brother Eddie and wife Julia.

The Americans are coming home for a holiday first and arrive with baggage, gifts and a family camera. Eileen, Curly’s girl-next-door, smiles uncomplainingly through it all.

The whiskey flows and soon Eddie is revealing the truth of emigration. Curly is confused; where does true happiness lie?
Tom is very ably played by Alan Kennedy, no stranger to the Cappawhite Stage.

Mary Kate is played with great empathy by Yvonne Bourke who is making her stage debut in this production.

Maria O’ Shaughnessy an actress of exceptional abilities plays the complex character of Julia and Marguerite Furlong, a newcomer to the Cappawhite stage gives us an emotional performance as Eileen.

Tom Fitzpatrick, producer and director, recreates the atmosphere of the plays past glories and delivers a performance which is a rollercoaster of emotions. The author John Murphy enables us to relieve the experience of emigration.

A great backroom crew enable the smooth running of the production, committee members, stage management, and make-up artists under the guidance of Chairperson Betty Buckley.

The Country Boy will be staged in Cappawhite Community Resource Centre on Thursday 14, Saturday 16 and Sunday 17 of November.