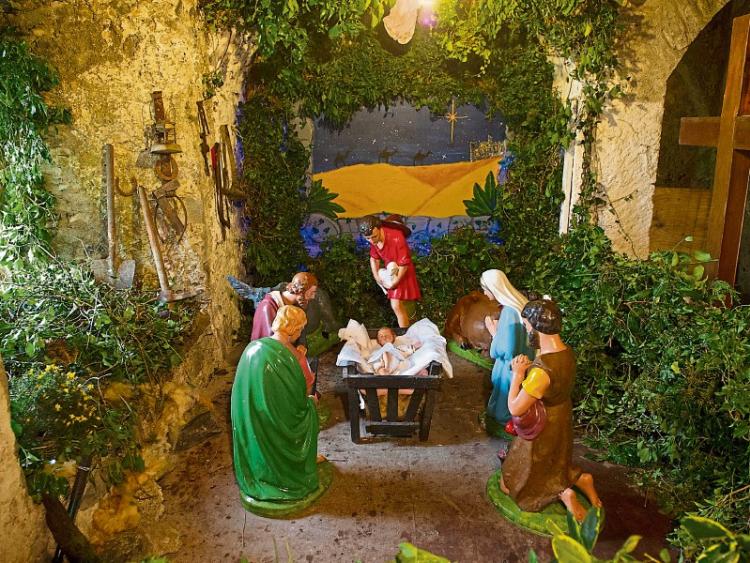 The Christmas Crib in the Augustinian Abbey designed by a group of students from Patrician Presentation Secondary School guided by teacher Ms Pat Looby and Liam Cloonan.

The Christmas season got off to a colourful start in the Augustinian Abbey with the ‘unofficial’ opening of the Christmas Crib on Thursday morning, December 19. The Abbey crib located in the ancient ruins off the main body of the church has become a notable feature of the Christmas scene in Fethard over the years.

The lion’s share of the work was carried out  by a group of students from Patrician Presentation Secondary School guided by Ms Pat Looby and Liam Cloonan.  The ceremony was enriched by the beautiful seasonal music played by secondary school pupil, Ned Looby Ryan, on his bagpipes.

The crowning feature of the crib is its shear simplicity. It contains no gaudy ‘mod cons’. Rather the simple stable scene of Bethlehem is decorated with heather, furze, ivy, holly, rocks and moss all from the slopes of Slievenamon and the Glen of Aherlow.

Set against the bare grey ruins of the old Abbey, it is a fitting representation of the simple manger of Bethlehem. For good measure some old carpenters’ tools which St Joseph might have used have been thrown in, including old saws, hammers and so on along with real sheep’s wool which a shepherd might have presented. This latter having been pilfered from a ewe on the slopes of the Galtees. 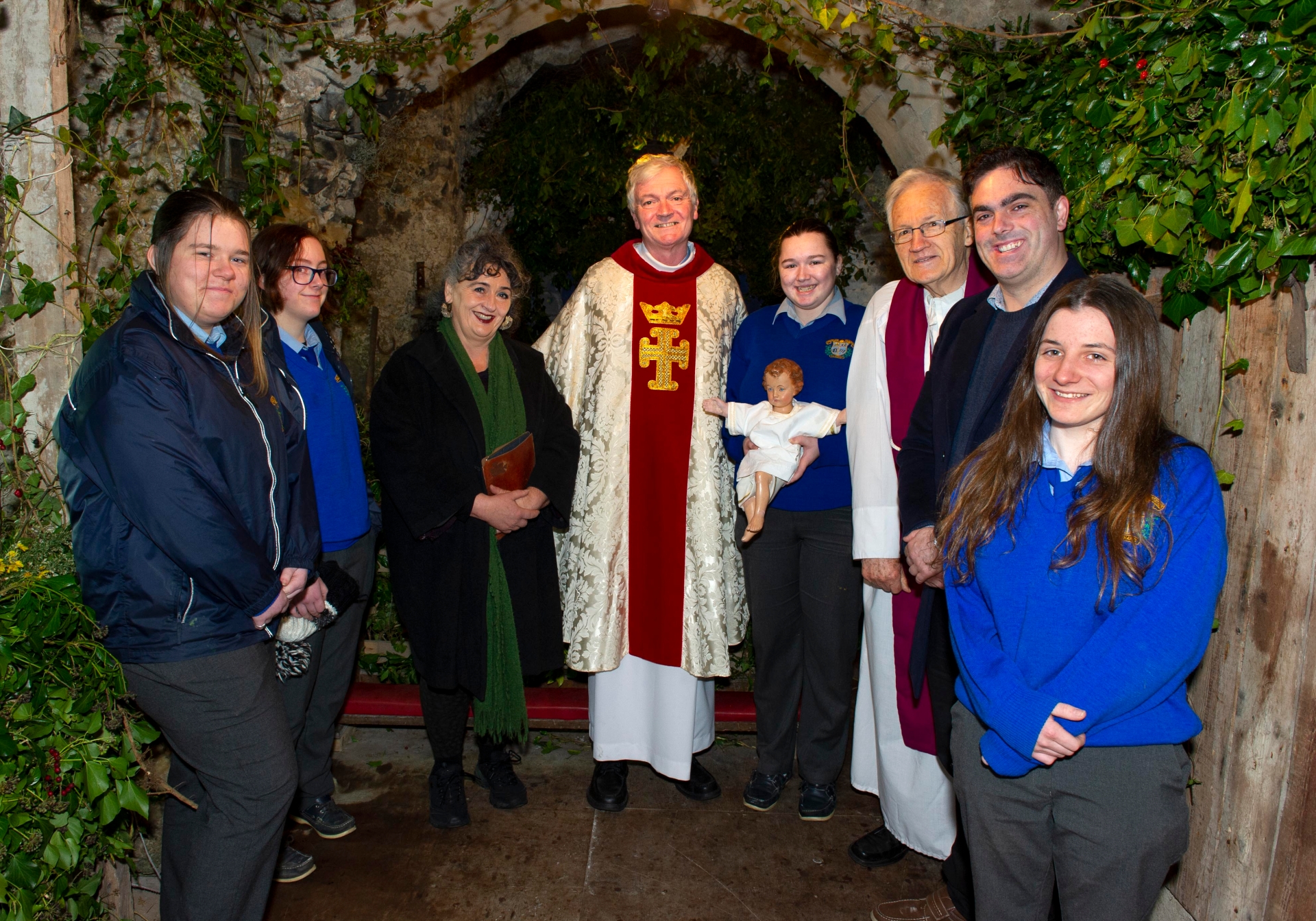 All in all the whole scene is a fitting tribute to the real spirit of Christmas and great credit is due to the young people who created it.

Among those present at the launch of the Crib were teachers and students from the Patrician Presentation School and Holy Trinity Primary School.