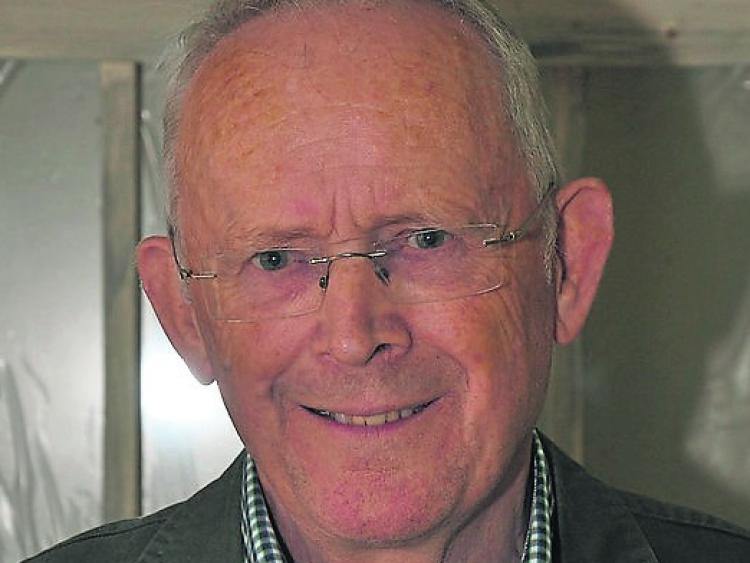 Flan Quigney to launch his fourth book at Cabragh Wetlands

Some people caught up with family during the Covid-19 lockdown. Others were confined to home quarters and painted the house. Others still, went on exercise or eating binges; while more watched re-runs of classic hurling, football and soccer games.

But, one Thurles man really put the lockdown to great use and now he has the fruits of his labour in the form of a very attractive book which will be launched in Cabragh Wetlands on Sunday July 26 at 2:00pm.

Of course, Clare native, Flan Quigney is no stranger to writing – after all, this is his fourth publication since retiring as Principal of Scoil Ailbhe CBS Primary School in Thurles - the others being What was the Question Sir?, Schooldays – Cool Day or Cruel Days? and To the Banner Born.

So, it was no major surprise that Flan should, in time, pen Of Rhyme and Reason. Perhaps the big surprise though is how quickly he managed it and how brilliantly put together this special Covid-19 publication is.

Vintage Flan is the best way to describe it – witty, thought provoking, playing with words, light hearted, dramatic, tongue-in-cheek, and yet some serious aspects too. This book contains 30 poems and a one act drama entitled Puppy Love which is set in 12 scenes.

The drama tells the story of an adventurous Thurles man who decides to test the government-imposed travel restrictions by driving to Leitrim to collect a pup, and on the way he encounters some very amusing moments on the journey.

“During the lockdown I decided that I would write a poem a day for twenty days. Later this was extended to thirty days. Now Seamus Heaney I definitely am not. I would consider most of my poems to be stories of rhyme. Of course, there is also very much a reason – confinement in an unprecedented pandemic.

“Having reached my target of thirty poems, I decided to write a short, one act, tongue in cheek play, entitled Puppy Love. Like many others, had I the luxury of my usual independence, rest assured it would be my laptop, and not me, that would have experienced cocooning,” says Flan with typical humour.

“As this extremely difficult period in the lives of people goes hand in hand with repetitive doom and gloom – for the most part, I sought to keep my collection of poems very much on the light hearted side. I hope people can take something from them,” he adds.

Indeed, people will certainly take something from them with poems such as I Though I'd Never Think It; Farming in a Pandemic; Change; Tobar Mhuire written as Gaeilge; and The Donald .

For most people, composing a poem would be a major challenge - imagine then the goal Flan set for himself to compose a poem a day for thirty days. On different subjects. Written in different styles. And, then add a short drama to it all - remarkable stuff.

Flan put pen to paper in a bid to keep the mind active and to keep the creative juices flowing. A man who has displayed some of his many talents on stage down through the years - some would say working in the classroom for so long is like being on stage all the time - Flan has seen a lot of life; has known good times and difficult times; has watched his family grow up and experienced the elation and unbridled joy of the arrival of grandchildren; has seen his past pupils make their own way in life; and has bristled with excitement when his beloved Clare reached the summit in the hurling world.

All of these emotions, and many others, are explored in this unique publication.

The book costs €12 and all proceeds go towards Unit C of the Community Hospital of the Assumption, Thurles.
Beidh failte roimh cách to the launch on July 26.