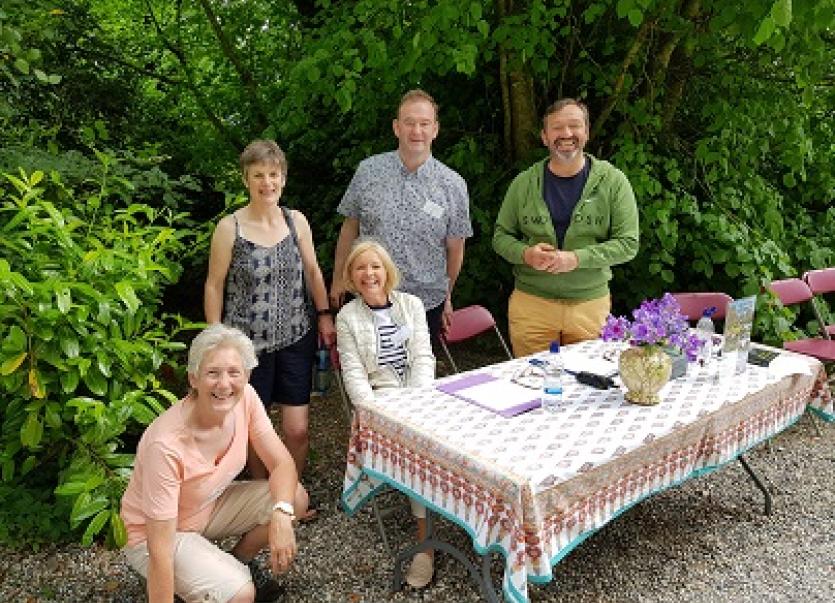 Last weekend proved a really exciting one for the proprietors of Moyaliffe House in Ballycahill as the gates of the restored walled garden and the estate at large was finally opened to the public for viewing.

People came from all over to see the work done and while there was tremendous local interest in the estate, there were also many visitors from further afield. Many, whose family members or friends worked in Moyaliffe in times past came along to visit.

Proprietor Paul Vallely told The Tipperary Star: “We had a great attendance and it could have been much bigger but for the fact that we were conscious of restrictions at the present time. People loved seeing what we have done with the grounds and the walled garden, and there was great interest also in the restored Moyaliffe carriage which we have on display.

“We also have Captain Patrick Armstrong's ceremonial tunic here and the cross with which he was buried having lost his life on the battlefield, so there is a lot of history here and items of interest. We are delighted that Pat Slattery of the Cormackstown Heritage Centre has brought a lot of items to the estate as well - mainly old farming items and they have been located around the places where you would have expected to see them in times past,” Paul said.

The estate will be open again this coming Saturday (June 19) and also on July 10. Places can be booked by visiting www.gardentours ofireland.com or by calling Paul direct on 085 2581669.

“We had hoped to hold the open days earlier in the year, but in fact it has worked out really well for us now because the place is looking at its absolute best. The weather has been very kind, and we are encouraging people to come on Saturday because the forecast for Sunday is not so good,” Paul said.