The programme will run during the European Year of Youth 2022 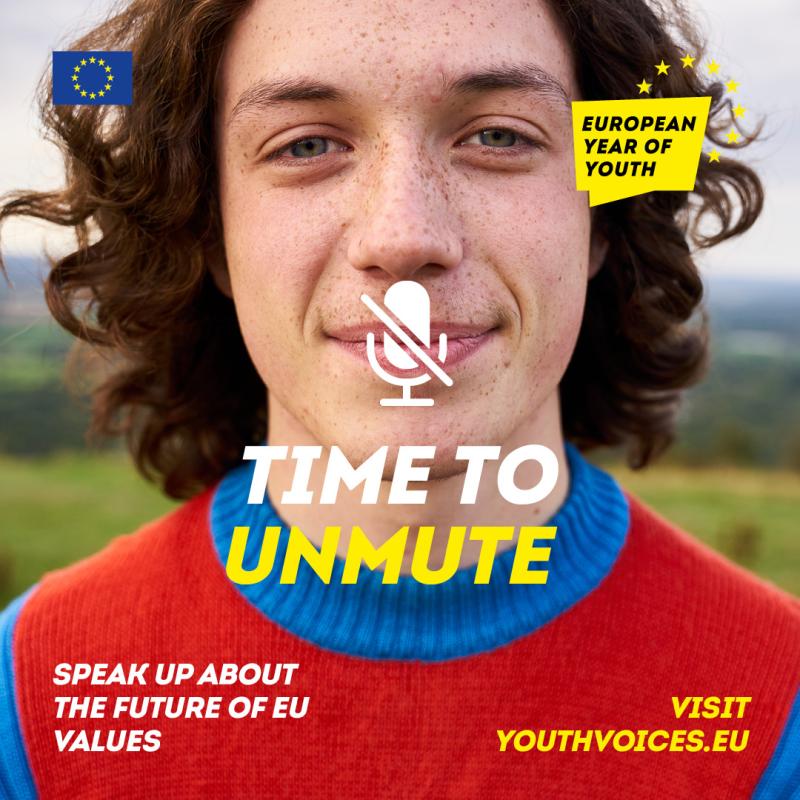 The vision platform has been developed to cater to any message, in all EU official languages.

The European Commission wants young people from Tipperary to have a say on the future direction of the EU. A new EU wide platform allows Irish young people to upload voice recordings with their thoughts on a range of issues from the future of Europe to mental health, inclusion, and climate change.

As part of the European Year of Youth 2022 programme, President of the EU Commission, Ursula von der Leyen, has announced a brand-new 3D digital “Voice your Vision” Platform: an interactive platform where young Irish people can record and upload personal voice messages on issues such as mental health, inclusion, diversity, climate change or the future of Europe.

Ursula von der Leyen has emphasised that Europe must listen carefully to its young people, to better shape the Union in their mould.

The objective of “Voice your Vision” is to empower young Irish people and young Europeans in general, from all backgrounds and corners of the continent, to voice their own vision of the future – ranging from issues of employment, inclusion, peace and security, to climate change, education, mental health, and more.

According to EU Youth Commissioner Mariya Gabriel, the voice recordings will be listened to by policy makers across the EU and will be used as a basis to inform future EU policy.

In the wake of the global pandemic and faced with the ongoing war of aggression against Ukraine, young people’s voices are becoming ever more relevant. To this end, “Voice your Vision” functions as a cutting edge, interactive voices space that literally gives people the opportunity to unmute and record their very own, personalised message, and share their opinions and ideas about the topics they find most relevant.

The platform has been developed to cater to any message, in all EU official languages. Once added, each voice generates its own, unique 3D waveform interacting with every other recording on the platform – allowing everyone to listen to all the voices that have been uploaded from across Europe, in any language, on any device.

“’Voice your Vision’ is personified through a young, meaningful, dynamic, and open spirit of co-creation defined through the Year of Youth. One that also functions as a timely enabler for Europe’s Youth to show-up, speak-up and share their concerns and ideas about the future. ’Voice your Vision’ could not have come at a more relevant time for all youngsters, not only as European citizens - but also as members of a society that is now, more than ever, experiencing testing times.”

On the importance of the 2022 European Year of Youth itself, Commissioner Gabriel added:

“We ask all young people to get involved and engage now. Their voices are a vital component of Europe’s journey to growth, knowledge, innovation, opportunity and better, more relevant youth-oriented solutions. We will listen attentively and ensure that youth policies can be developed in more open and collaborative spaces, and that all voices are listened to and addressed this year and beyond.”

The new Voice your Vision platform will transition into these activities and will also perform as a central characteristic of the European Year of Youth’s Legacy, beyond 2022 – with young people’s voices acting as a driver of change and co-developer of future policy.