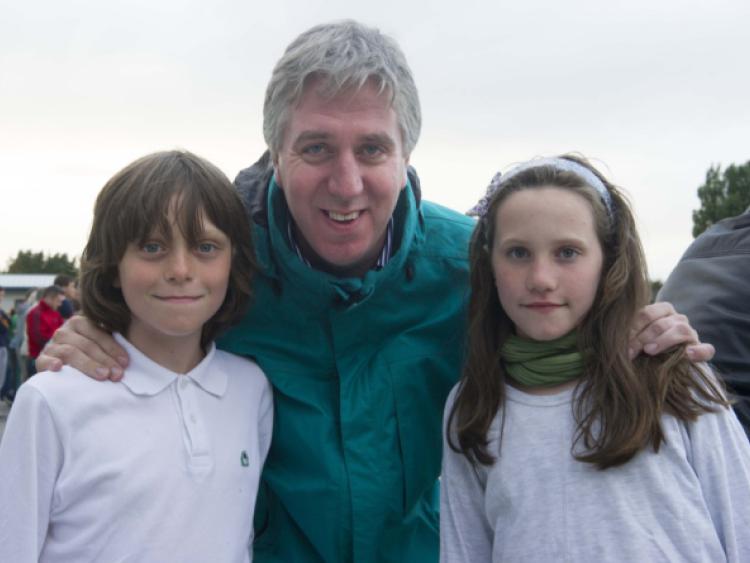 Indeed that honour fell to two brothers from Clogheen who will be commemorated in their native parish on Sunday next.

George and Con Moulson both represented their country and it was not widely known until recently that the brothers grew up in Clogheen.

Con and George’s father, Charles served in the British Army in Kildare before a job as postman took him to Clogheen, where the family lived in a house near the current pedestrian crossing just above the Post Office.

Now in the year of the Gathering, the town will be celebrating that connection with a Gathering event from August 24 to 26.

FAI chief executive John Delaney will unveil a plaque at the house in the Moulson’s memory, with members of the Moulson family set to travel from England for the event.

Speaking about the event, local Councillor Marie Murphy says that “the connection was only discovered in recent years and the Community felt the year of The Gathering was the ideal opportunity to recognise the Moulson connection with Clogheen.

“The 1911 Census shows that Con (Cornelius) went to school in Clogheen. George Moulson was born in Clogheen after this census in August 1914”.

Con Moulson, a centre half, was captain of the Republic of Ireland team in 1936 and 1937 and played his League football with Lincoln City and Notts County before going on the manage Lincoln City for a time.

George was a goalkeeper and had three caps in 1948 playing his club football for Grimbsy Town, Lincoln City and Peterborough United.

Indeed George also played in the FA cup final in 1939 in Old Trafford in a game that attracted 76,962 spectators .

According to Cllr. Murphy, both Con and George Moulson were always aware of their Clogheen connections, and both men declared Clogheen to be their birthplace when signing contracts.

Their father hailed from Wolverhampton in England and their mother came from Fethard.

The brothers occasionally visited Fethard where they had cousins on their mother’s side. Con and George’s father, Charles re-enlisted in World War I and sadly died shortly afterwards at the Battle of Ypres. It was after his death that the family moved to Grimbsy in England. Con died in 1989 aged 83 while Gerorge died in 1994 aged 80. His name is listed among the fallen on the First World War monument in front of the main car park by Cahir Castle. His ancestors in Cahir will visit the monument and place a wreath there in his memory during the festival. It’s believed that George Moulson’s son John will travel to the event accompanied by their many Irish cousins. They will also do a tour of The Vee and Baylough, other local attractions and a social evening.