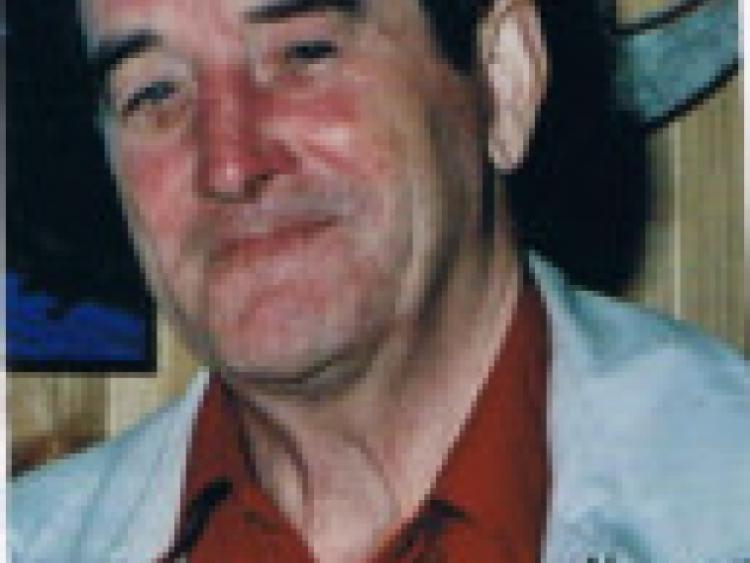 In 2013, the year that London hurling returned to Liam McCarthy Cup competition after almost four decades, the Exiles also lost former hurler Patsy O’Neill - one of the star players from their golden era.

In 2013, the year that London hurling returned to Liam McCarthy Cup competition after almost four decades, the Exiles also lost former hurler Patsy O’Neill - one of the star players from their golden era.

A native of Cappawhite, Patsy passed away after a brave fight against cancer at his home in Ballyhane near Toem.

Patsy O’Neill was a talented hurler from underage level but like so many other promising young players in the 60s, emigration denied him any real opportunity to wear the blue and gold jersey at senior level, as his younger brother Ger did briefly in the late 80s.

However Patsy’s displays for the Exiles and especially the now defunct Brian Boru GAA Club, until his retirement in 1980, made him one of the most legendary figures in London GAA history.

His early hurling potential was soon unearthed at juvenile level with his native Cappawhite and also at colleges level with Doon CBS before he left for London in early 1966.

A year previously Cappawhite had won the County Minor Hurling Final. But Patsy had still some unfinished business at home before finally leaving Toem when he helped Cappawhite win the delayed 1965 U-21 County Hurling Final against a PJ Ryan-powered Carrick Davins team in June 1966.

The present Kilburn Gaels club was Patsy’s first port of call when he arrived in London and his sparkling displays after just a few games soon earned him rave attention. As well as lining out for Desmonds in 1967, Patsy also made a winning appearance for London in the All-Ireland Intermediate final that same year.

A year later Patsy joined the Brian Boru club and although they lost out to Bros Pearse in the county final, he won his second All-Ireland Intermediate medal with London. However a year later Brian Borus went one step further by winning the first of a memorable three-in-a-row of county titles, with Patsy also the victorious captain in 1971. Patsy led the Brian Boru club to a clean sweep of titles that same year, culminating in the club’s victory in the Club Championship of Britain final.

County team mate and St. Gabriel’s rival Ambrose Gordon was one of six Galway men on the same London team as Patsy O’Neill that shocked Galway in Duggan Park, Ballinasloe in the All-Ireland quarter-final on July 29 1973. Patsy scored 1-1 on that famous day for the Exiles, while Tipperary narrowly missed out to Limerick in the Munster final in Thurles on the same day. That famous victory was the pinnacle of Patsy O’Neill’s highly decorated inter-county career with London.

Although he transferred from the Brian Borus to Naomh Mhuire on the following year, where he also enjoyed considerable success, Patsy was back in the black and amber of Brian Borus after four years and famously helped them deny St. Gabriel’s a four-in-a-row of county titles in 1979. He ended his playing days a year later with another county final victory, but this time the opponents were Thomas McCurtains.

Patsy O’Neill was very knowledgeable and passionate about hurling, despite the fact that he never liked training! Johnny Barrett from Holycross, Gortnahoe man Willie Barnaville and Patsy O’Neill were the three Tipperary representatives who featured on the Centenary Hurling XV in 1996 when London hosted the GAA’s Annual Congress that year.

Patsy O’Neill lived in the Neasden area of North West London until he returned to his native Cappawhite in 1999. His popularity was reflected by the huge attendance at his funeral in Cappawhite. The attendance included many of Patsy’s former Brian Boru team mates from London and from other parts of Ireland where they have now settled.

Deepest sympathy is extended to his wife Margaret, mother Nonie, his children and grandchildren and all his brothers and sisters.