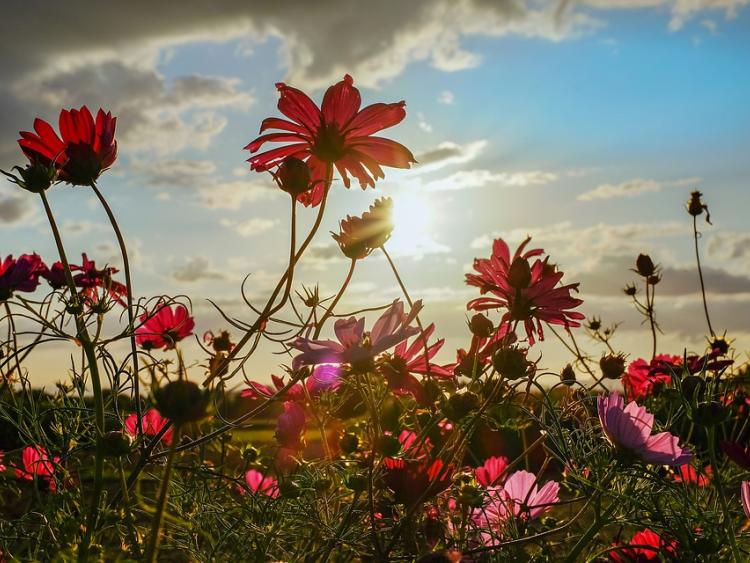 “Patience and perseverance made a bishop of his reverence” was an old saying from the time that when god made it there was plenty of it.

In the present helter skelter world, it just wouldn’t cut but I thought of it as I stood the other morning in the sunshine on the edge of the unmown meadow between the interpretative centre and the pond at Cabragh Wetlands.

Although totally committed to conservation of species that have been under pressure with the intensification of farming, paradoxically, the grassland around the centre has been mown for quite a number of years to provide a park appearance.

A couple of years ago, a decision was taken to postpone the mowing until later in the year and consequently we now have a beautiful wild meadow full of colour and insect sound while beside it is another meadow that is only in its heavy grassland stage but if no fertilizers are used and the correct mowing schedule adopted, will eventually turn into a flower rich wonderland.

My eye travelled in a straight line towards the pond and the bright morning sunshine picked out the ubiquitous colours of plantain, red clover, knapweed, ragwort self heal and thistle.

Through them and above them flew the butterflies-green veined white, a pair of common blue, ringlets, tortoiseshells and a number of damselflies and dragonflies. It felt that the 5,000 year old bog oak, standing a few metres away was saying “ I told you so” as it witnessed yet another magical summer display.

Grassland is a very diverse habitat. The variety of conditions under which it is formed and subsequently managed produces greatly different selections of wildflowers. Generally, grassland on limestone is much richer in species than the acid grassland near bogs.

The length of the grass also has a direct influence. If the grass is fairly long, there are likely to be fewer species present but in long grass tall pioneer species such as thistles grow best of all. Thistles belong to the compositae family along with daisies, knapweeds and dandelions and knapweeds are very plentiful in this Cabragh meadow.

The head of the thistle is not a single flower but many tiny individual flowerets. After pollination, a one seeded fruit is formed and when mature, a feathery outgrowth provides each tiny fruit with its own parachute. Where the grass is a little shorter, you will find members of the pea family. Red clover also favours this habitat and the outstanding colour of this meadow is purple.
In the meadow around the cosmic walk, you should watch out for yellow rattle so called because although it sports a yellow flower in summer, from now on the seed heads rattle with the seeds within.

This plant is particularly common in old hay meadows. It is a semi-parasite. Although its leaves can manufacture food and its roots can draw minerals from the soil, it also lives off the plants around it. Its roots attach themselves to the living roots of grasses and so tap into the grasses’ own supply of nutrients. In fields where yellow rattle grows in profusion, the grass growth is stunted and the resulting hay crop is reduced in bulk.

But in Cabragh, that is not an issue. For a meadow that has remained untouched and unmown for centuries, why not explore that wilderness area purchased through “adopt a plot” and the help of Tipperary County Council. Here you will find mint, marsh forget-me-not, burr reed and all the sedges and grasses of a wet meadow in abundance. Our Fás team have built an access bridge from the grass path.

This same team have been doing excellent work all summer and their next big project is the restoration of the bird hide and access to it on the open water side of the wetlands-what a boon that will be for observing the great story of winter migration of which Cabragh Wetlands plays such a central role.

Next week we host the annual Summer Camp for primary school children there are still places available. The camp runs from Monday to Friday, August 12-16 from 9:30 to 1pm daily. For further details and to book a place 0504 43879 or Maura at 085 7748177. There are some places still available.

We are also gearing up for heritage week with the official opening of the cosmic walk on Tuesday August 20 at 4pm and a family nature hunt with Ricky Whelan and Roisin O Grady open to all on August 21 in the afternoon.