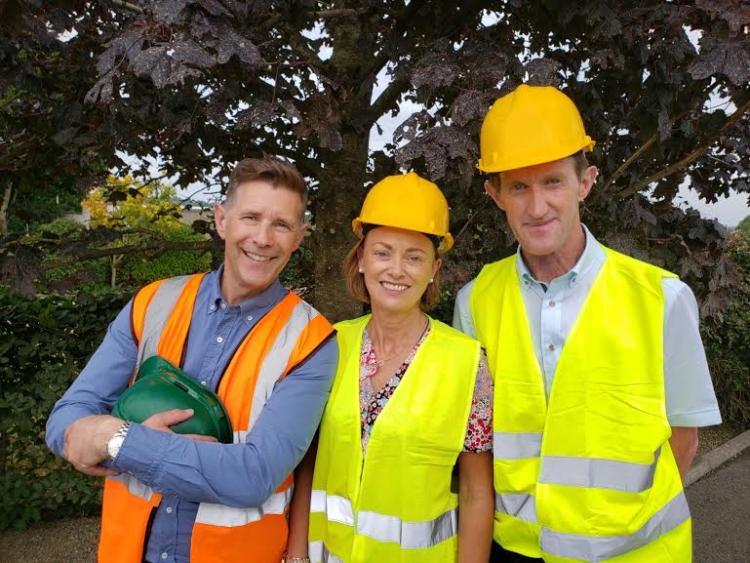 Dermot with his new best friends Joe and Mary

A Tipperary love story captured the nation's hearts on Sunday nights Room to Improve as Joe Kenny and his bride-to-be Mary Hayes roped in architect Dermot Bannon to remodel their home in Borrisoleigh ahead of their big day.

Joe's bachelor pad required a major renovation before Mary would move into the house so it was up to Dermot to create the ideal home for the couple.

Among the highlights of last nights episode was a mini fashion show featuring Dermot himself and a very dapper looking Joe who dutifully tried on his wedding rig out.

Not content with just remodelling the house, Dermot also made a guest appearance at the happy couples big day!

Here's a few of our favourite reaction tweets from last nights episode. Enjoy!

Anyone else feel like the house is just a side story in the rom-com that is Mary and Joe’s life? #roomtoimprove

Joe and Mary on #roomtoimprove are the sweetest, most gorgeous people... #couplegoals

Have you ever sat in this room? Yeah one Christmas 7 or 8 years ago. #RoomToImprove pic.twitter.com/bsFdzKBn4v

That shed would get you €1,500 a month in Dublin #roomtoimprove

Christ! Tipperary have won the #roomtoimprove All Ireland as well! pic.twitter.com/GCx1mMhfqp

“Dermot has a little bee in his bonnet now” #roomtoimprove pic.twitter.com/oqj4PXECHe

And so, 23 weeks after construction began, Joe has made so much money selling stuff that he has actually reduced the budget to zero. #roomtoimprove

Petition for Joe and Mary to have their own show‍♀️ #RoomToImprove

The selfie king of Ireland doing what he does best.#RoomToImprove pic.twitter.com/P4kaj6jfLl