VOTE: Should George Hook be sacked for his comments? 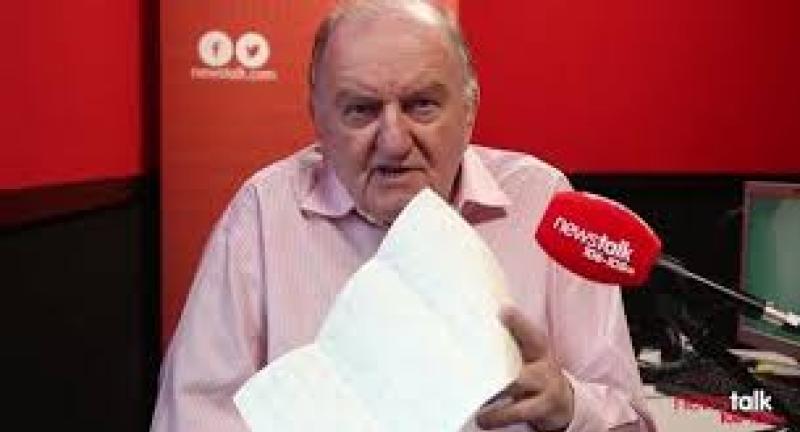 Hook discussed the case of a 19-year-old woman who alleges she was raped by a former member of the British swim team. She alleges that she was raped by the man after having consensual sex with a different man who was the swimmer’s friend.

“She was passed around, went the story. And apparently she went to bed with one guy and he goes out and another guy comes in. She doesn’t want to have relations with the second guy but he forces himself upon her. Awful.," said Hook during his Friday show on Newstalk.

“But modern day social activity means that she goes back with him. Then is surprised when somebody else comes into the room and rapes her. Should she be raped? Course she shouldn’t. Is she entitled to say no? Absolutely. Is the guy who came in a scumbag? Certainly. Should he go to jail? Of Course. All of those things."

“But is there no blame now to the person who puts themselves in danger?"

“There is personal responsibility because it’s your daughter and it’s my daughter. And what determines the daughter who goes out, gets drunk, passes out and is with strangers in her room and the daughter that goes out, stays halfway sober and comes home, I don’t know. I wish I knew. I wish I knew what the secret of parenting is," he said.

“But there is a point of responsibility. The real issues nowadays and increasingly is the question of the personal responsibility that young girls are taking for their own safety.”

Newstalk has since launched a full investigation into how the radio presenters comments were aired.

Mr Hook has since said he wanted to “apologise unreservedly for comments” he made about rape on his Newstalk radio show last Friday.

“It was unacceptable to suggest in any way that blame could be attributed to victims of rape. I apologise for the comments which caused hurt and offence, and for this I am truly sorry.”