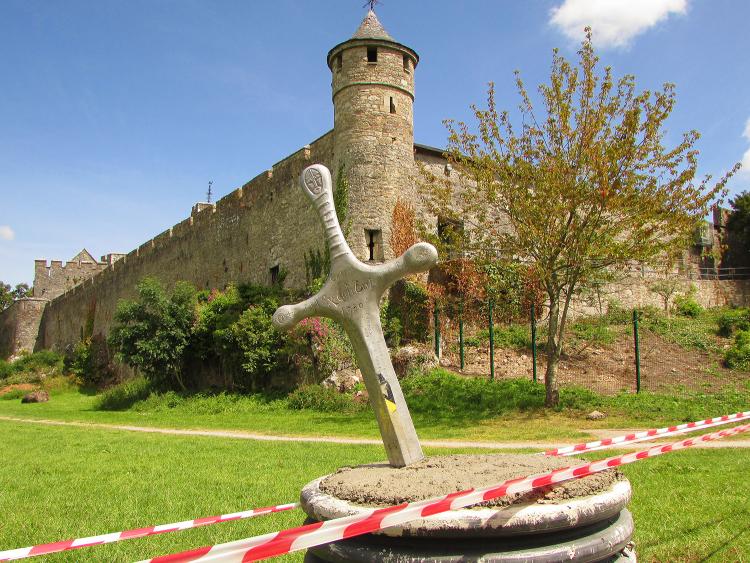 Cllr Andy Moloney has welcomed the return of the Excalibur Sword which was reinstated in the Inch Field .
The sword was found two weeks ago and some modifications were carried out by sculptor Philip Quinn before returning it to Cahir.
The sword was pride of place in the stone in the Inch Field for a few years and was the most photographed item in the town as many children tried to remove it.
It was severed and removed in May and was missing for some time before it was found.
Local Councillor Andy Moloney was on hand with some of the Tidy Towns Group members and also members of the county council to start the process of reinstating the sword to its former home.
The movie ‘Excalibur’ was filmed in the castle in 1980 and some of the extras have their names etched on the sword