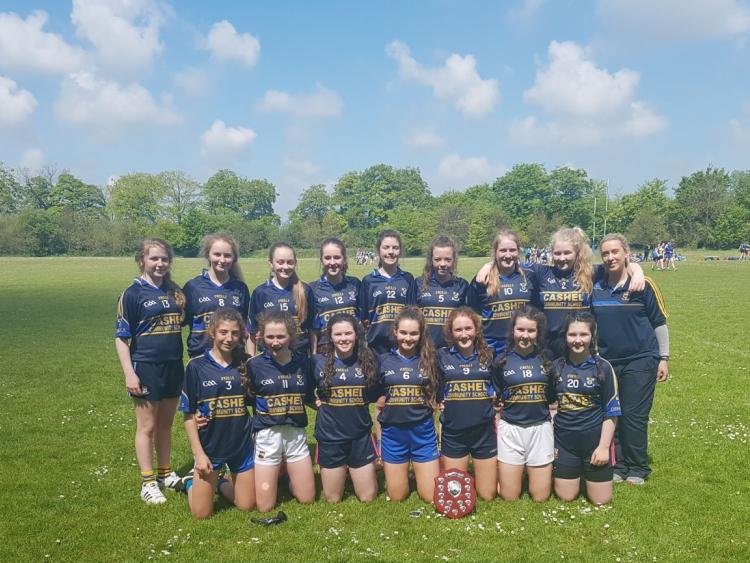 Both groups that represented CCS put in fantastic effort. The second team -  a panel of 15 made up first, second and third year students - were narrowly defeated by Clonmel’s Presentation Secondary School in the opening match.

However, the setback didn’t dampen CCS’s spirits as their positive attitude and enthusiasm led them to win their next game against Scoil Mhuire from Carrick-on-Suir on a scoreline of 4-01 to 1-05.

Next up was a quarter final clash with Thurles school Ursuline Convent.  Claire Delaney, Katie Sherlock and Ciara Gahan were outstanding for CCS, ensuring victory on  a final score of 3-05 to 0-02.

The final consisted of a replay of the first game against Presentation Clonmel. Fantastic performances from Aoibhe Gayson Molloy, Emma Ryan and Sinead Furlong powered CCS to victory on this occasion,  with the winning goal coming from Lucy Fogarty.