Vote for your favourite short film by June 28th 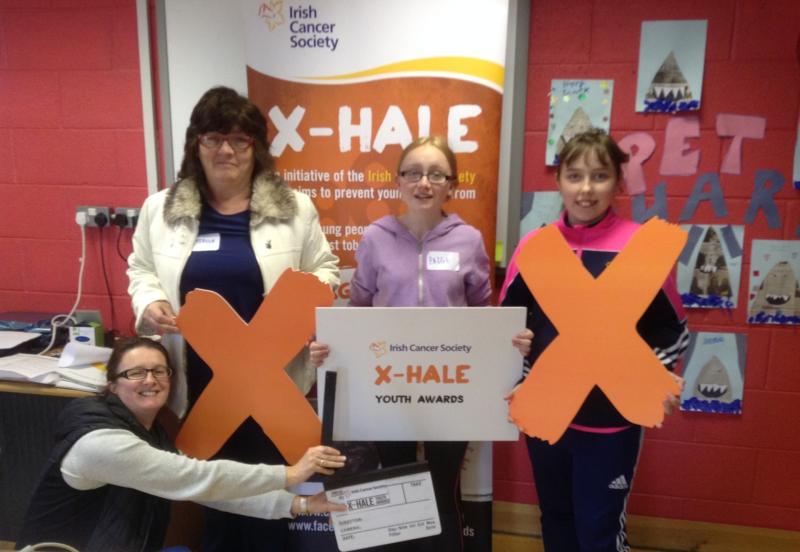 The groups have submitted films that encourage young people to be “smoke free” into the 2017 X-HALE Short Film Competition.

Ahead of the X-HALE national event which takes place in July, youth groups have an opportunity to win the public vote by getting the most views of their short film. They are calling on people in Tipperary to click here and view their films between now and June 28th.

In addition to promoting their films online during this time, the groups will also be running a community campaign to drum up local support by putting up posters and organising screenings of their film. The entry with the most views will win the Online Award and the prize of an electronics voucher for their youth group.

X-HALE is an initiative of the Irish Cancer Society that aims to empower young people to tackle smoking in their communities and raise awareness about the dangers of smoking among their peers.

The X-HALE Youth Awards national showcase event in the Odeon Cinema Point Village in July will be the finale of months of hard work by youth groups nationwide in preparing short films and projects to encourage young people to be smoke free.

This is the seventh year of the X-HALE Youth Awards and smoking rates among young people continue to decline.  In 2017, 40 youth groups from around the country are participating in the initiative. Entries submitted show that young people truly understand the dangers of smoking and the power of the tobacco industry.