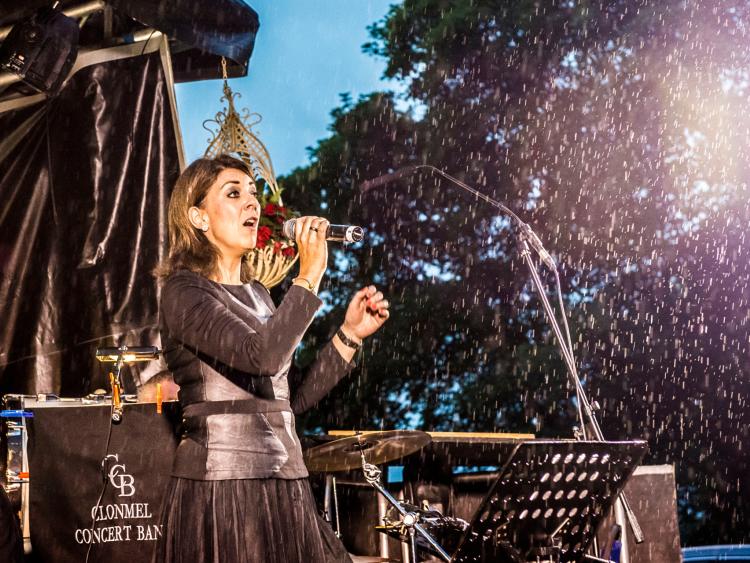 Andrea Ruth-Houlihan will perform at the fundraiser on Friday 20th April.

An enjoyable evening of music is guaranteed at St. Mary’s Church in Clonmel on Friday 20th April at 8pm as bass-baritone Derek Ryan joins the Clonmel Concert Band for a fundraising concert in aid of autism services at two local schools.

Derek returns from an extensive tour of the United States to team up with the 40 strong band, conducted by Danny Carroll. Also taking part will be choirs from Ardfinnan National School and singers from St. Mary’s CBS ahead of their forthcoming production of The Lion King. Ever popular singer Andrea Ruth-Houlihan will also perform a couple of favourite songs. Expect classic songs, movie themes and show favourites as well as a special performance of ‘Panis Angelicus’ from Derek, choirs and band. Derek Ryan will perform at the fundraiser.

Cherry Blossom Preschool is joining with Clonmel Day Centre for the Elderly in the development of a garden to be enjoyed by both old and young. The garden will be situated on the grounds shared by the preschool and the day centre in Irishtown. The proceeds will allow the project to commence.