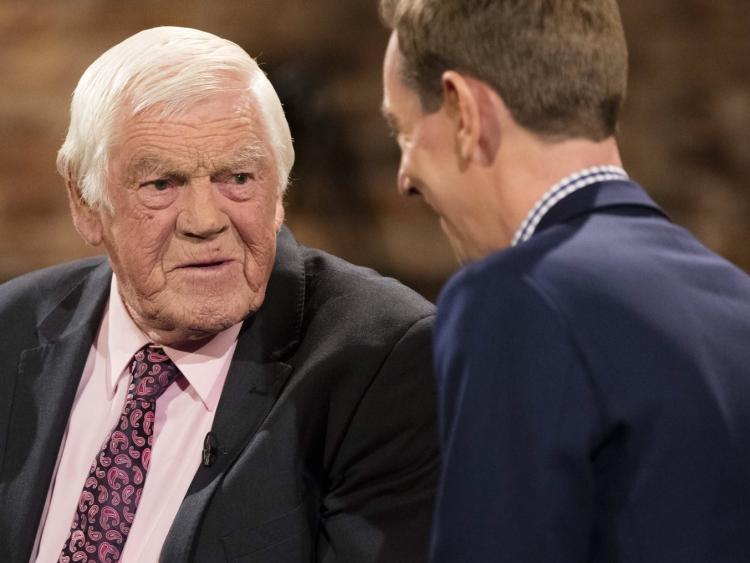 Big Tom will be honoured on The Late Late Show Country Special on Friday at 9:35pm on RTÉ One.

The Late Late Show pays tribute to Big Tom on Friday night as the Country Special brings together the biggest names in the business to celebrate the music he loved on RTÉ One at 9:35pm.

Daniel O’Donnell, Nathan Carter, Susan McCann, Paddy Cole and Fr Brian D’Arcy will join Ryan Tubridy on the Late Late couch to discuss the impact Big Tom had on the Irish country scene and his legacy. Viewers will find out why the Castleblayney man, who passed away this week at the age of 81, was one of the most beloved singers in the country. The show will also feature some of his best known hits.

We were very sad to hear this morning of the passing of Ireland’s King of Country, Big Tom. Our condolences to his family, friends and fans. He was a huge part of our Country Specials and we will be paying special tribute to him on this Friday’s show. pic.twitter.com/HaTGCM3XoT

“This week, more than any, we have seen how the country scene in Ireland is part of the fabric of who we are. It is only fitting that we should pay tribute to Big Tom. As one of the best loved singers in Ireland, he paved the way for a lot of today’s biggest performers,” Ryan Tubridy said.

“We’ll be hearing from some of those who knew him best and celebrating the popularity of the music that he loved so much. There is something for everyone in this show, from the die-hard fans to those looking to dip their toe into country waters,” Ryan added.

This year’s Late Late Show Country Special will also put a focus on the wide appeal of country music by featuring some of the crossover hits that have broken out of the scene to make it big in the mainstream.

Boyzone singer Ronan Keating will be telling viewers about the country origins of one of his biggest solo hits When You Say Nothing At All and he will be performing it with one of the newest stars of the scene, Lisa McHugh.

Derek Ryan and Sandy Kelly will sing the classic Islands in the Stream, while Nathan Carter and Cliona Hagan will be bringing viewers their version of Hurts So Good. In ‘Circle of Friends’, the stars of country will celebrate some major hits and a special nod will go to Rhinestone Cowboy singer Glen Campbell.

All that and more on The Late Late Show Country Special on Friday at 9.35pm on RTÉ One.