“This is an important Inishowen story" 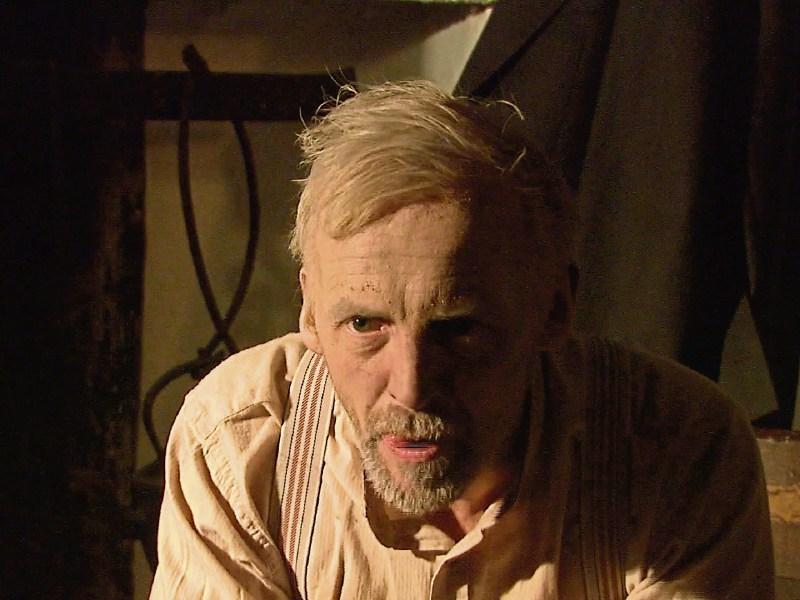 Paul Kelly in the role of Charles McGlinchey in the documentary The Last of the Name about the Inishowen story teller and writer.

A new documentary about Charles McGlinchey, the Clonmany story-teller and author of The Last of the Name, premiered at the Colgan Hall in Carndonagh last night.

The film is directed by Culdaff’s father-daughter team of Paul and Kate McCarroll. They have recruited a team of local talents to assist with the production including the finest of Inishowen music – with compositions from Tom Byrne, Finbarr Doherty and The Henry Girls

“This is an important Inishowen story, and the nicest thing for us is to be allowed to make a film about it,” Kate said. “ And even better – to do so with a team who are almost all from the locality. From the music to the acting, it’s a magical array of talent.”

Extracts from the book form a large part of the film, and these reconstructions were all filmed in Mamore.

The film traces the book from its inception, to the role played by Ireland’s literary giants, Seamus Heaney and Brian Friel, in its publication.

The impact and significance of the work – particularly with regard to the Irish Language – are examined, as is its legacy: from the McGlinchey Summer School to a recent Multi-media interprtation.