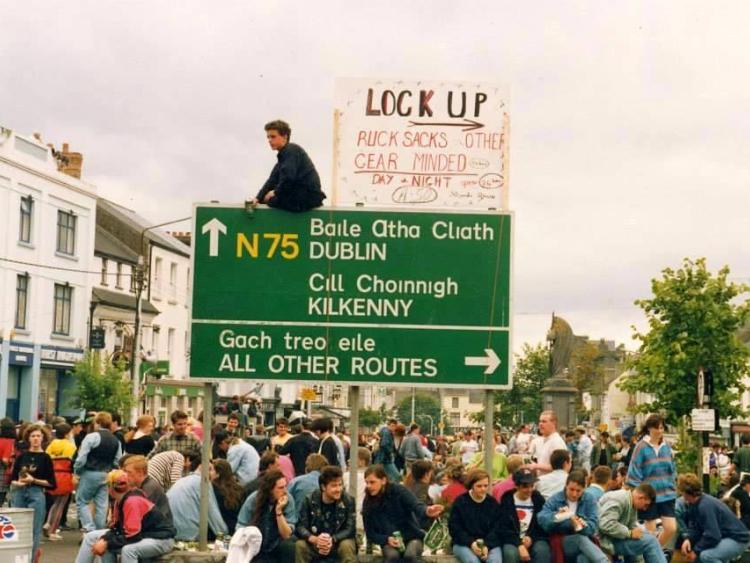 Ahead of tickets officially going on sale tomorrow, the Tipperary Star has compiled some of the top reactions to news of Féile’s revival.

After a long hiatus, the Trip to Tipp will officially make an electrifying return to Thurles on Saturday 22nd September as Féile Classical.

When in doubt,
Hug it out.

What a day!
The Trip to Tipp is most certainly back,
For all the kind words and the many Thurles gems of nostalgia,
Go raibh míle maith agaibh!#FéileClassical pic.twitter.com/o5ndnvQxgV

Sunday afternoon 1994, D’Unbelievables hijacked the stage singing the Hucklebuck, before introducing Fleadh Cheoil ‘94 winners who sang “everything that rises” as gaeilge, just before The Stunning took to the stage for their last gig ever!! I cannot wait for September!

Feile is making a return!!!! One glorious summer weekend in 1990, the Trip to Tipp happened and the lives of young Irish music fans changed forever! Now, get ready to do it all over again in 2018! Tickets on sale Friday, April 27th at 9am #FeileClassical pic.twitter.com/K6xR3HCOxV

The Trip To Tipp is having its mid life crisis. pic.twitter.com/jF7quPP3fz

All we need is Chris are Burgh with a stripper and it really will be the old Trip to Tipp https://t.co/RSdh9n7gFj

Féile 94 was my first #triptotipp. I was 16 and managed to stay awake for the whole weekend. Went to go asleep in my two man tent and wasn't lying down 5 minutes when the rain hit my face. My pegs were stolen. Slept for 24 hours straight through when I got home. What a weekend!

Bah ha ha I remember Féile! Went when I was 17 and 18 bloody brilliant!! The streets were covered in cans like a carpet! People would let you in to their house to have a wash! Those were the days! And not a bean between us! #TripToTipp #Féile

Coincidentally my mother framed my Feile T-shirt for my 40th in January. In 1991 I was 13! Didn't get going again till '94 after my uncle found a girl asleep in a shopping trolley in his front garden in Thurles that first year. It wasn't even me. @FeileClassical #TripToTipp pic.twitter.com/KJZ5pdL8qP

Anyone know where I can purchase one of these? #TripToTipp pic.twitter.com/YXaGZ77FRo