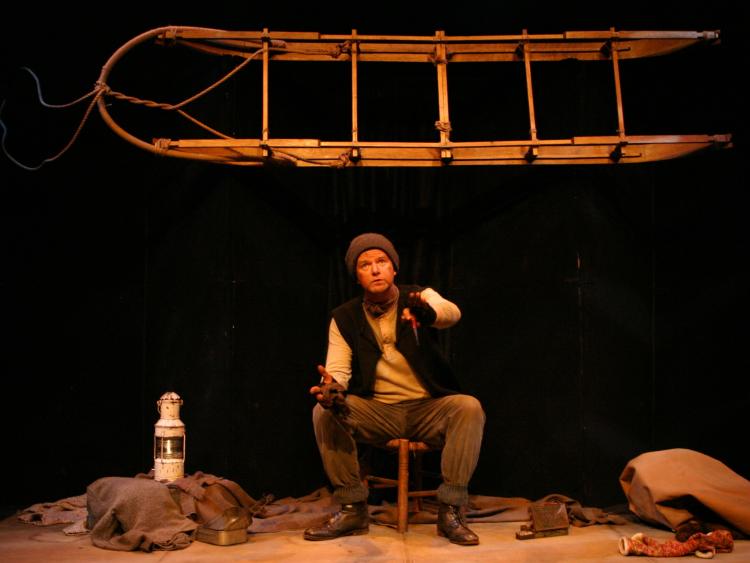 Tom Crean (1877-1938) the intrepid Antarctic explorer and one of Ireland’s unsung heroes is brought to life in this dramatic and humorous solo performance by Aidan Dooley.

Crean’s story is a testament of human fortitude against all the elements of Antarctic, his 36 mile, solitary trek to base camp during the Terra Nova expedition to rescue his comrades Teddy Evans and William Lashly has been described by Antarctic historians as “the finest feat of individual heroism from the entire age of exploration”.

The show originated from a fifteen minute Living History performance on Tom Crean created by the Aidan Dooley for London’s National Maritime Museum’s Antarctic Exhibition ‘South’ in 2001. Following the publication of Michael Smith’s book about Tom Crean called ‘Unsung Hero’ the show was developed over a two year period with several small tryout performances in Ireland, including a performance in front of Crean’s remaining family at the Tom Crean Society’s memorial in Annascaul.