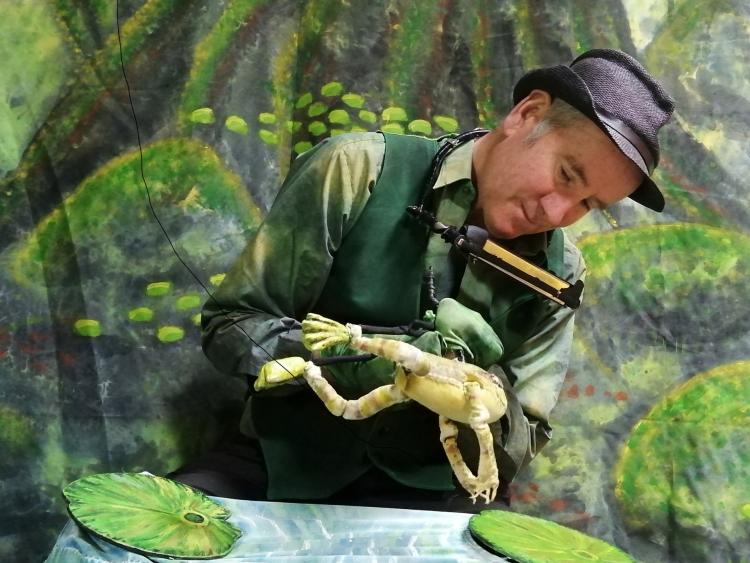 Because of the coronavirus children throughout Tipperary and all over the country will be able to see a beautiful show that would normally be the preserve of a small group of children on one of the Aran islands.
Clonmel artist Des Dillon has travelled to Inis Oirr for the last few years to enthrall children in the primary school on the island with his puppets and music.
He would spend ten days on the island before putting on a show during an annual fe stival.
It was not possible f or Des to travel to Inis Oirr this year because of Covid but the show must go on.
Dara Magee, manager of Aras Eanna , the only arts centre on an island in this country and the most westerly arts centre in the country, invited Des and other artists to provide entertainment to replace the fes tival and live shows have taken place over the last few weeks which everybody can see.
Benni McCarthy of Danu, Liam O Maonlai (formerly of Hothouse Flowers) and Ruth Dillon have broadcast shows from their h omes in the last few weeks for Aras Eanna and it is the turn of Des Dillon this Thursday night.
Des will perform with his puppets, some new ones and there will be some surprise additions to his show, live from his studio in Newcastle.
He is dedicating his performance to the children of the Inis Oirr primary school .
“I was not able to go to the island t his year because of Covid. The whole island is shut down and the festival is cancelled “, said Des.
“I do miss going to Inis Oirr but the organisers have shown great imagination to keep the entertainment going and now the show will be available to people all over the country which is a bonus and I hope as many people as possible will use the link to watch the show” said Des.
“Despite the coronavirus we wanted to keep g oing.This arts centre on the island was opened twenty years ago.Times are difficult now for performers and we wanted to do our best to support them in these very difficult times” said Dara Magee manager of the arts centre on Inis Oirr. The link to the show,which will last for fifty five minutes, and will be live at 7pm on Thursday 21st May is

Clink this link to watch the show live