This week's Travel Tales with Fergal 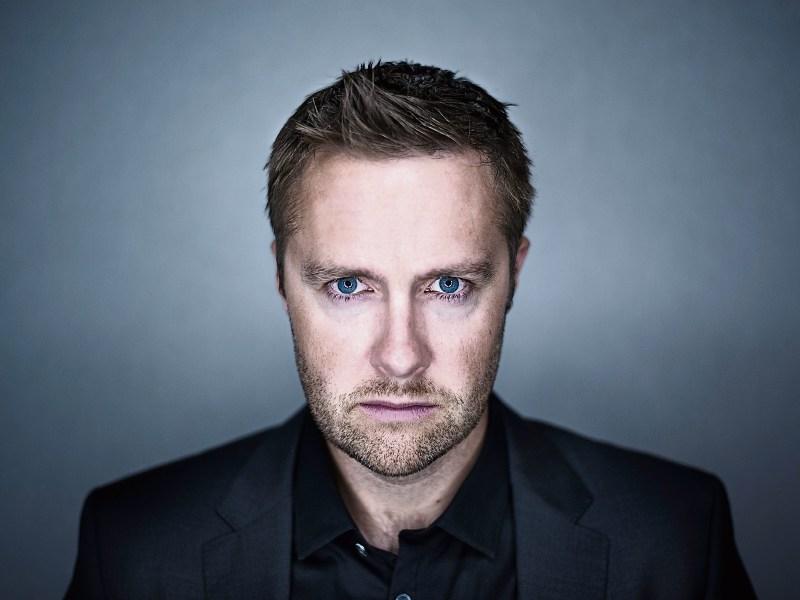 My Travel Tales with Fergal Podcast guest this week is Keith Barry, one of the world’s leading TV hypnotists and mentalists.

With skills that have been showcased in over four international television shows, Keith has mastered the ability to hack into people’s minds and rewire their subconscious.

Keith has just released his first book, Brain Hacks, where he reveals a variety of techniques that help develop mental toughness subconsciously.

I ask my guests to tell me about the five places that most influenced them. With this we get to know people more deeply through their travels.

The first place Keith picked was the Derrynane Hotel, beside Derrynane beach in Kerry which is also one of my favourite places in Ireland.

Telling me why he loves the place, Keith said: “There’s a good friend of mine who runs the Derrynane Hotel, Mark McCormack, and since he took it over, it’s got a real level of vibrancy about it. There are a lot of people starting to go there now.

And dare I say it that it is going to be the go to hotel in Ireland next year. And I love it for a couple of different reasons. You can walk to Carroll’s from the hotel and there’s just something magical about that Cove.

“I love snorkelling and Carrol’s Cove has got some of the best snorkelling in Ireland. Only a few weeks back I drove down there just for one night. So that’s like a six hour drive from where I live.

"I went out at 10pm at night down to Derrynane beach. We went out into the sea in the pitch dark to see the bioluminescent plankton. When we walked out our feet started to glow like the movie Avatar and we started splashing around and just started glowing everywhere. It was the most magical experience ever.”

When asked what place most influenced his career in entertainment, Keith said: “It has to be LA, because I’ve spent so much time there.

"I’m 45 now and I’ve been going to LA for business since my early 20s. LA has influenced me greatly because it is the hub of the entertainment world. If you want to make it internationally, you’ve got to go to LA in California. I love the people in LA.

"They’re very interesting. Now I like strange people, I like quirky people. And LA is packed with strange, quirky people. It is full of creatives and that’s how it’s influenced me. I hook up with other mentalists and magicians, artists and musicians.

“There’s a great level of acceptance for who you are, what you do, and people out there really willing to help each other. I found a tribe of people that I just really connected with.

“And I’m still connected with them to this very day. And I’ve got some great friends in LA. Keith has been going to Las Vegas for many years and has headlined there many times. He picks Las Vegas as the first place he wants to visit with his wife without the kids post-pandemic.

“Las Vegas is one of those places that’s just like a playground for adults. I got massive into watching shows and the best shows in the world are in Las Vegas. The Cirque du Soleil shows are phenomenal. There’s amazing mentalists and magicians there. The food in Vegas is unbelievable with some of the best meals in the world.

“I don’t gamble but I allow myself to gamble when I’m in Vegas where I hit the blackjack tables. When asked would he be recognised by the casino’s he told me, “I’m actually in the book. There’s a book in Vegas that if you’re in the book, it’s not a good thing, because that means they’ve got you somehow scanned into their system. And if they spot you in the casino they’ll just literally say ‘we’d rather not have your company’.

So that happened to me in the Palms Hotel. The security personnel are looking out for people like me, so sometimes I can get away with it. But other times I’m asked to leave.”

Keith revealed on the podcast that he loves Barcelona because he enjoys walking around the Ramblas watching the pickpockets to see how they operate.

“What I love about Barcelona is studying the pickpockets and the three card trick guys. People don’t understand there’s a whole system behind that game. I’m watching out for the shill, the ringer, the pickpockets. When you see one guy standing there throwing three cards around, most people don’t realise that there’s actually a team of about eight or 10 people helping him secretly.

“Then you’ve got the pickpockets. And sometimes I’ll hang an empty wallet from my back pocket. And I’ll let them come for me because I’m studying them to see how they are going to pickpocket me.”

Fergal O’Keeffe is the host of Ireland’s No.1 Travel Podcast Travel Tales with Fergal which is now listened to in 80 countries.