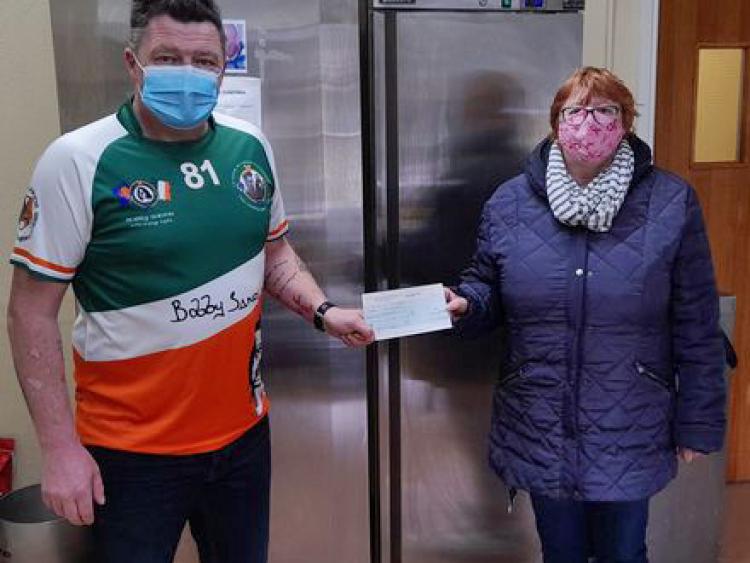 Carrick-on-Suir’s former Cancer Care & Share group has secured the return of a donation of €2,828.57 it made to the palliative care rooms at the town’s St Brigid’s District Hospital shortly before its closure last year.
And the former support group’s committee has found a new beneficiary for the donation – Carrick-on-Suir Meals Assistance Service, which provides meals to elderly and vulnerable people in the town.
Breda Parle, the treasurer of the former Cancer Care and Share support group, explained the €2828.57 donated to St Brigid’s was the remaining funds in the voluntary group’s account when they ceased operating in November 2019.
She said the group decided to donate the money to St Brigid’s Hospital palliative care rooms and stressed that the money be used solely for that purpose.
But the hospital closed its doors at the end of April last year shortly after being redesignated as a step down facility for recovering Covid-19 patients and in December the HSE announced the District Hospital would not reopen and was instead to be turned into an out-patient community healthcare centre for chronic disease management.
Breda said she wrote to Bridget Farrell of HSE Older Persons Services in Clonmel on March 2 requesting the reimbursement of the donation.
Breda received a reply from Ms Farrell on March 8 stating that she had liaised with the HSE’s finance department to process this reimbursement.
Following lodgement of the reimbursed monies, Breda collected the cheque on March 13 and after consultation with former committee members of Cancer Care and Share, it was decided to donate the funds to Carrick-on-Suir Meals Assistance Service.
The €2,828.57 cheque was presented to Eddie Reade of Carrick-on-Suir Meals Assistance Service on April 8. The hard working voluntary team at the Meals Assistance Service, who operate from Carrickbeg Community Hall, were thrilled with the donation. Breda urges anyone who made donations to the palliative care facility at St Brigid’s Hospital from mid- February last year onwards to write to Bridget Farrell, Older Persons Services in Clonmel to seek a refund. Breda, like many others in Carrick-on-Suir, has been angered at the HSE’s decision to close St Brigid’s Hospital particularly during the Covid-19 pandemic.
“It was very underhanded and unfair to do this in a pandemic when people could not fight to get their hospital back,” she said.