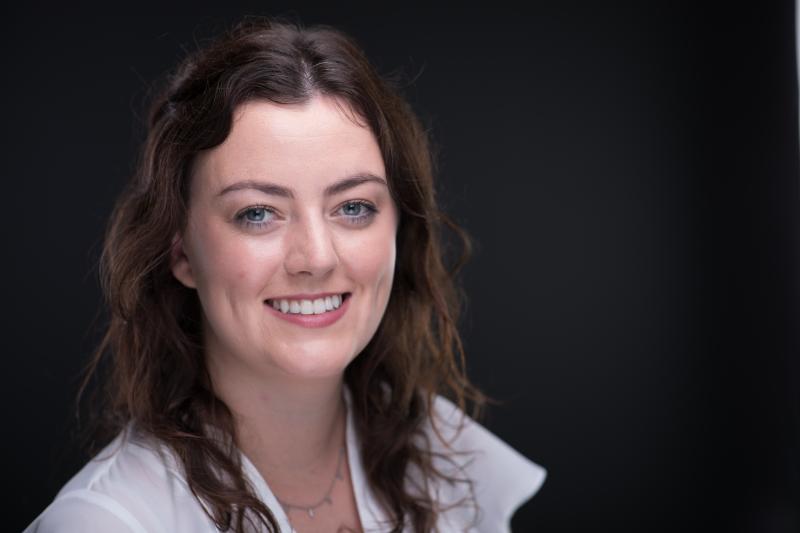 Carrick-on-Suir native Aisling Hahessy has been awarded the prestigious title of Engineer of the Year by Engineers Ireland, the professional membership body for engineers in Ireland.

Aisling, a Senior Structural Engineer with engineering consultancy firm Arup, was chosen by Engineers Ireland’s Officers as the institution’s Engineer of the Year in recognition of the impact and contribution of her work on communities in Ireland and overseas.

A graduate of the University of Limerick, Aisling has vast experience working on city-shaping projects, such as a new airport building in Mexico, metro stations in Saudi Arabia and an elevated station in Canada. She has also worked on numerous humanitarian and development projects in countries including Rwanda, Peru, Uganda and Bangladesh.

Currently, Aisling is the Lead Structural Engineer for the concrete works of a four-storey extension to Mallow General Hospital in County Cork.

From her base in Arup’s Cork office, Aisling is also the Lead Structural Engineer for the design of bamboo play structures in rural Bangladesh and the concept design of a music academy in a refugee camp in Uganda. She is also working as part of a team on the reconstruction and retrofit of 74 schools in Peru following the devastating impact of the 2017 El Niño storm. This project will impact the lives of 47,000 children across Peru in its first year of completion alone.

In addition to supporting international communities through overseas development work, Aisling has also been involved in a number of outreach initiatives to promote STEM (science, technology, engineering and maths) subjects and careers.

Congratulating Aisling Hahessy, Professor Orla Feely, President of Engineers Ireland, commented: “On behalf of Engineers Ireland, I wish to congratulate Aisling for being awarded the accolade of Engineer of the Year. Through her work, Aisling has demonstrated excellence, leadership and influence, the culmination of which has positively impacted communities in Ireland and overseas. Aisling is a role model for many secondary school students in Cork and the surrounding counties through her mentoring work. She has also transformed the lives of families and communities overseas with her humanitarian projects. We are proud to celebrate Aisling’s achievements and recognise her work with this title.”

Commenting on the Engineer of the Year accolade, Aisling Hahessy said: “I believe that engineers have a vital role to play in solving the world's most-pressing challenges. Engineering is a collaborative and compassionate career which provides opportunities to improve people's lives, whether working on projects at home or abroad.

“My engineering career has afforded me the opportunity to work on global projects and transform communities around the world and I am incredibly proud to receive this accolade from Engineers Ireland”, Ms Hahessy added.

As part of Engineers Ireland’s celebration of Ireland’s engineering community in 2021, Aisling will now feature in the new six-part Engineering Excellence Digital Series, held in association with ESB and supported by Accenture and Geoscience Ireland. Aisling’s video in the series provides an insight into the most rewarding aspects of her career and the contribution that she has made through her work in reducing the inequalities in the world, alongside the wider engineering community.

Encouraging the public to view the series, Professor Feely added: “The engineering initiatives and individuals profiled in our Engineering Excellence Digital Series remind us of the impact that the engineering profession has on the daily lives of communities and society as whole. The challenges we face as a society all require and benefit from engineering innovation. It is our hope that the public will view the series and be inspired by Ireland’s talented engineers.”