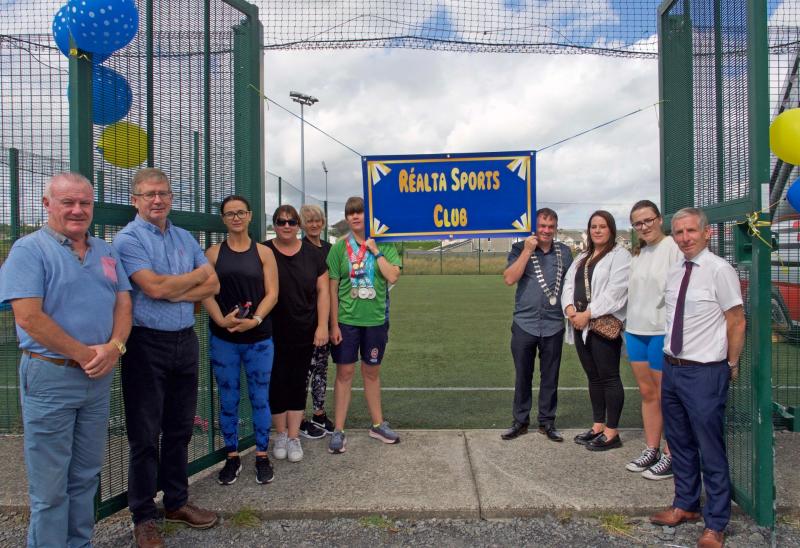 A bouncy castle slide was laid on for the children along with ample refreshments at the celebration attended by the club’s members, their families, club volunteers and local dignitaries including Cathaoirleach of Carrick-on-Suir Municipal District Cllr David Dunne.

Réalta Sports Club was founded in July and already has 18 members aged between 4 and 12. Its founder and Chairperson, Laura Waters, said they hope to affiliate the club to Special Olympics Ireland and a meeting with the organisation has been arranged for this week.

As the mother of a little girl with autism, Laura saw a pressing need for a sports club in the town for children with special needs.

She approached Carrick Davins juvenile officer Antoinette Power and the club kindly offered her the use of its astro-turf pitch and clubhouse.

Laura received a lot of support from local businesses who have been very generous in their sponsorship, which funded the purchase of sensory equipment and sports gear for the children.

The donation of sports equipment from Ellen Hahessy who previously ran a children’s fitness club in the town also greatly assisted with getting Réalta Sports Club off the ground.

Laura has also received the help and support of a number of special needs assistants and early learning educators in the town who volunteer at the sports club weekly.

One of those volunteers is club secretary Breda Tobin. She said they take the young children aged between 4 and 8 years from 5pm to 5.30pm on Wednesdays and members aged 9 to 12 from 5.30pm to 6pm.

Apart from the games they play at these sessions on the astro-turf pitch, the club has hosted indoor dance classes run by Clonmel D2 Dance Studio on Fridays.

Breda, who is an early years educator, said they are also looking into running swimming sessions at the club.

Laura said they are looking for more volunteers to help out at the club’s sessions. Ideally they would be skilled in working with children with special needs.

Attracting more volunteers will enable the club to take in more new members. Laura used her speech at the official launch ceremony to send a message of thanks to all who contributed to the setting up of Réalta Sports Club.

“We are overwhelmed by the support we have received from the people of the town and individual businesses,” she told those gathered at the event.

She paid particular tribute to the Davins GAA Club, which, she said, has been “absolutely brilliant” in its support of their efforts.

The Davins Club allows the club to use its astro-turf pitch and clubhouse free of charge, the only stipulation is the club’s young members pay a €10 membership fee for the year. Antoinette Power of Carrick Davins GAA Club said their club was delighted to offer the use of its sports facilities to Réalta Special Needs Sports Club.

“The Davins Club is very involved in the local community and very inclusive in trying to get others involved in sport,” she told The Nationalist.

“We have been working with Bridgewater House Direct Provision Centre in encouraging children staying there to play GAA sports for a number of years and this is just another step in giving back to the community.

“Anytime we had a fundraising event during the Covid-19 pandemic everyone in the town was good to us. All we are doing here is providing the facility. They are doing all the hard work.”

Mandy Power is one of the Carrick-on-Suir mothers delighted with the new club.

She said her seven-year-old daughter Madison loves going to the club’s sessions every week.

“Madison loves meeting the other kids in the club and running around with them and then doing the dancing on a Friday.”

She is full of praise for Laura Waters for getting the club up and running. “Only for her...there was never anything like this in

Carrick before,” she added.

Carrick MD Cathaoirleach Cllr David Dunne told the launch the setting up of Réalta Sports Club was a very positive story and a “huge step forward” for the town.

There was a big cheer when he introduced Special Olympics hero Kelley O’Donnell to cut the ribbon.

Kelley, who has been involved in Special Olympics sports since the age of 8, wore the 3 silver medals and 4th and 5th place medals she won at the 2019 Special Olympics World Games in Abu Dhabi for the occasion.

She told The Nationalist she is currently training for the upcoming gymnastics and athletics qualifiers for the next World Games in Berlin next year. 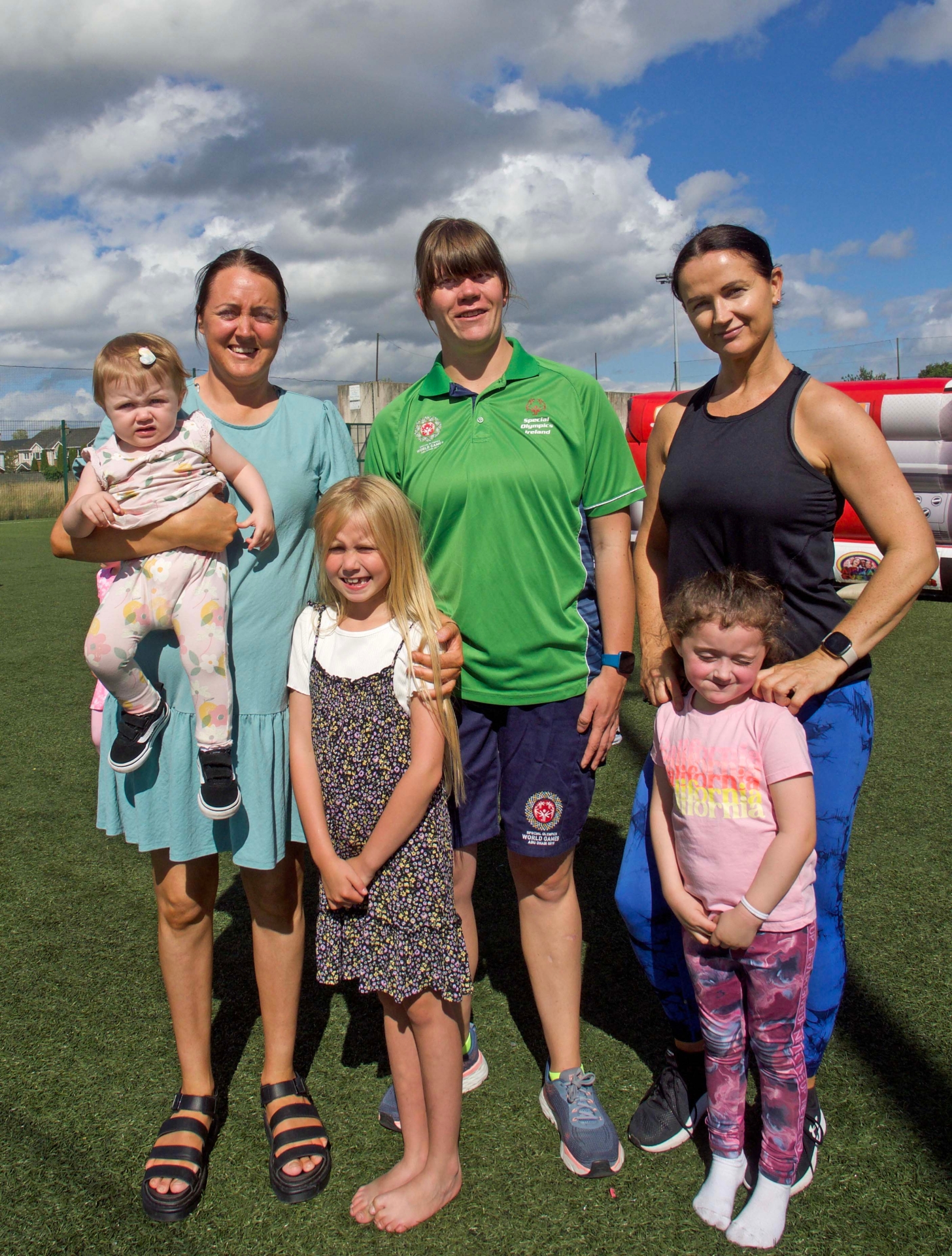 More photos from the Réalta Special Needs Sports Club's official launch are published in this week's print edition of The Nationalist now in local shops.

Réalta Special Needs Sports Club thanks all the local businesses that provided sponsorship to get it up and running:
The club particularly thanks Ruth Raggett of Little Scholars and Noel O’Donnell of Node Electrical for sponsoring club jerseys; Lee Lanigan of BodyworX Gym; AJ Cronin of Strength & Fitness Gym, Darren Waters of Waters Monumental Works and Shannon Keever of Clever Clogs After School for sponsoring club half zip tops. It thanks Ellen Hahessy for donating sports equipment and also thanks Martina’s Shop, Carrickbeg, SuperValu, Carrick and Arsen Jaupaj of Jimmy’s Chipper for sponsoring food, treats and refreshments for the launch party. 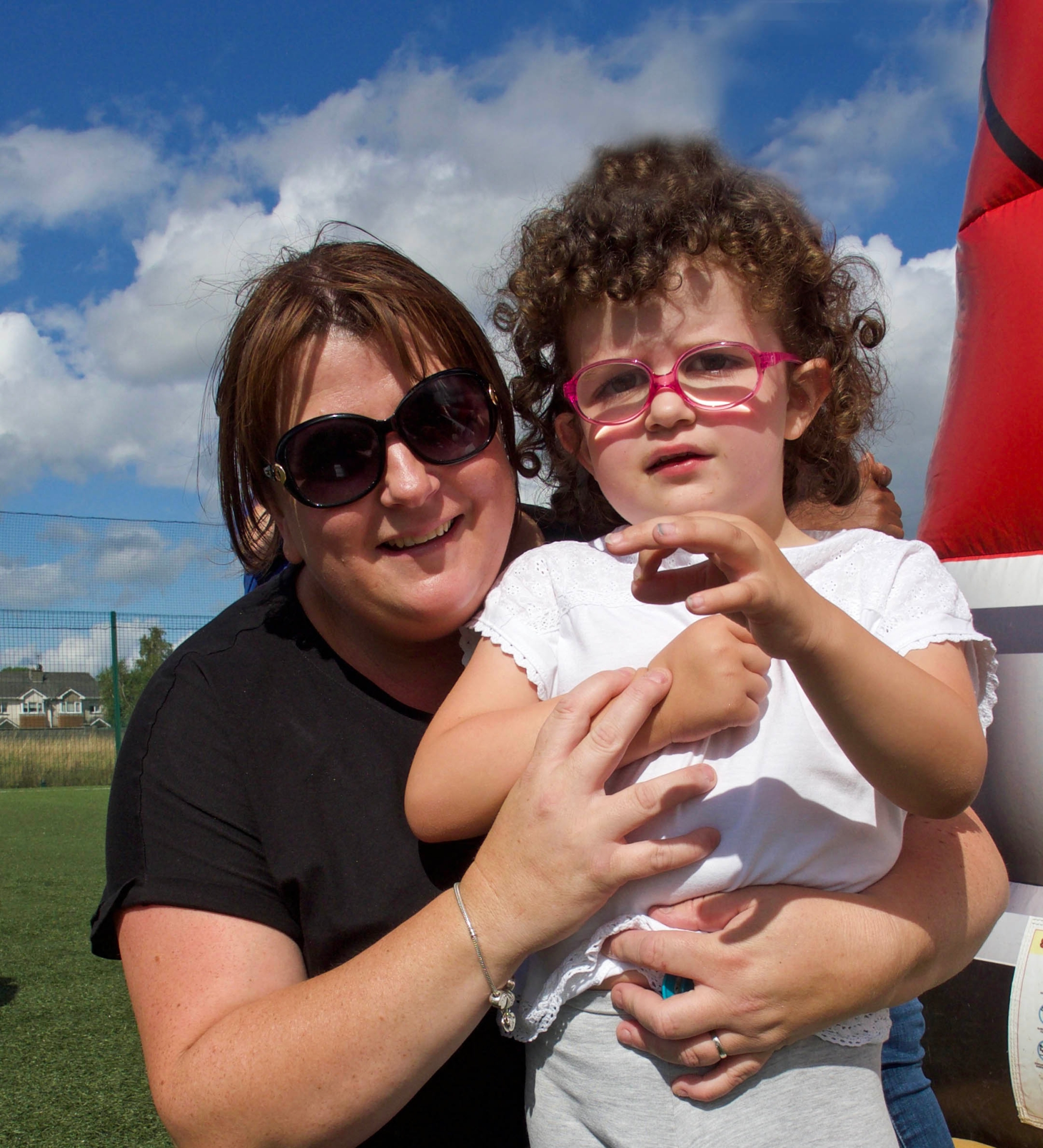 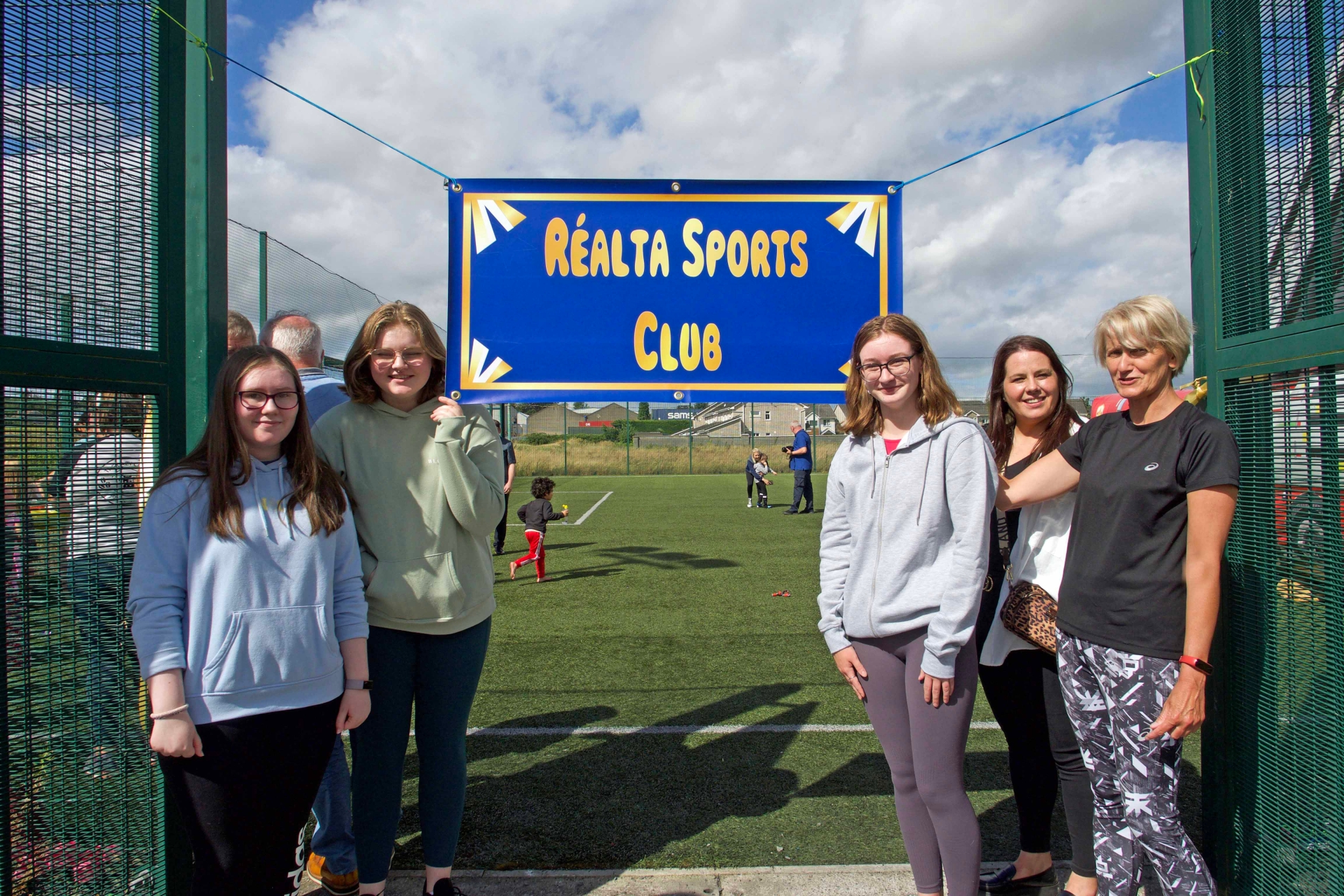