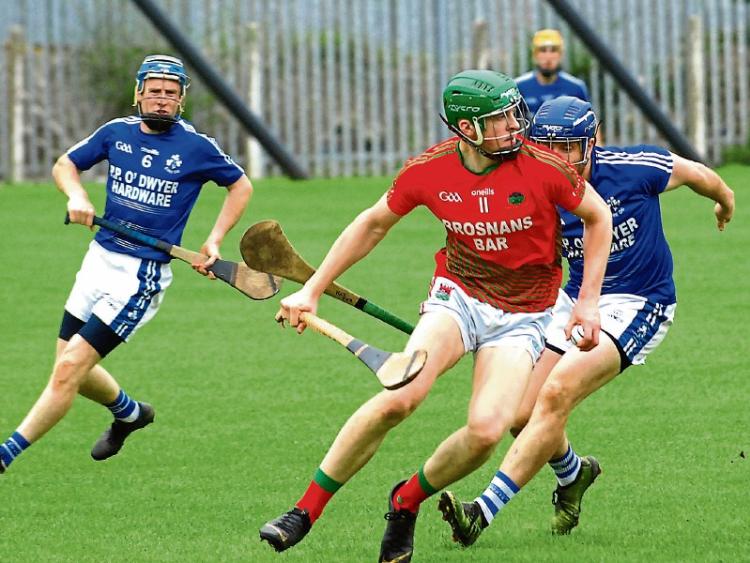 Eire Og Annacarty Donohill booked their place in this year’s Tipperary Co-Op West Senior Hurling Championship Final with a narrow victory over Cashel King Cormacs in Dundrum on Sunday. In a game that never really came to life Tom Fox’s second half goal seemed to have put distance between the sides but Paddy Fahy’s late goal ensured a tense finish before Eire Og eventually got the win.

Cashel King Cormacs were well in charge in the opening stages and opened up a 0-3 to 0-1 lead by the sixteenth minute. The game held up early on when Stephen O’Brien had to be treated for injury before leaving the field. Ross Bonnar raced through for the opening score of the game and this was followed by a point from a free by Conn Bonnar. Aidan Griffin was on free taking duties for Eire Og and he opened his account. Eoghan Connelly and Brian Fox swapped points. Eire Og was struggling to settle and were missing chances.  Another pointed free from Aidan Griffin tied up the game with ten minutes of normal time to play in the half. Conn Bonnar (free) and Tom Fox swapped points to keep proceedings level for a second time. A Connie Bradshaw point edged Eire Og into the lead for the first time but it was short lived as Adrian Cummins sent over a lovely point from the covered stand side. Cashel then lost Aaron Molloy through injury and he was replaced by Brendan Kelly. Griffin continued his good form from placed balls scoring either side of another Adrian Cummins point. Griffin closed out the half with another pointed free to see Eire Og Annacarty Donohill ahead 0-8 to 0-6 at the break.

Aidan Griffin and Conn Bonnar swapped points from placed balls on the resumption before the latter added a second one.  Adrian Cummins added his third from play and the sides were level for a fifth time. Aidan Griffin edged Eire Og ahead from another placed ball. Scores were slow to come by and five minutes later Eoghan Connolly tied up proceedings yet again. Seanie Ryan got more into the game and opened his account with a point. Aidan Griffin added to his tally and it looked as if Eire Og were now in control. With ten to go Tom Fox collected a high ball in from a Darragh Mooney free and sent the sliotar to the net. A second point from Brian Fox put Eire Og six clear. Credit to Cashel King Cormacs they refused to give up. Eoghan Connolly and Adrian Cummins both added points and the Paddy Fahy finished to the net from a high ball in following a scramble. Just a point in the game, second half substitute Ronan O’Brien pointed to put two between the sides and that’s how it remained at Mark Jordan’s full time whistle.

Brian Fox and Eoghan Kennedy were strong for Eire Og in defence while Conor O’Brien covered a lot of ground during the sixty minutes. Aidan Griffin was superb from placed balls while Tom Fox again chipped in with a few scores finishing with 1-1.

Cashel King Cormacs were best served by Conn and Ross Bonnar. Eoghan Connolly started midfield but played full forward and full back at various stages and was a presence in each position. Adrian Cummins kept Cashel King Cormacs in touch with some excellent point taking finishing with 0-4, while Michael Coleman worked tirelessly throughout the game.