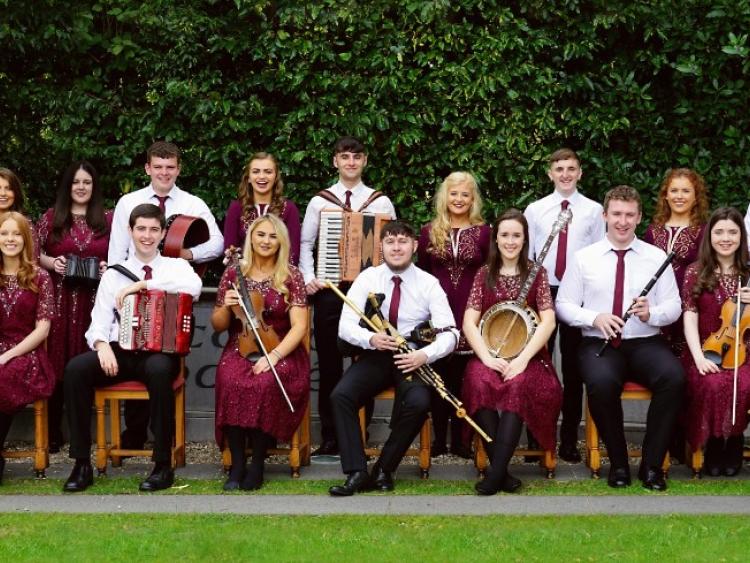 Macalla na hÉireann, the 2019 Comhaltas Concert Tour of Ireland will be performing in the Brú Ború Cultural Centre in Cashel, on Friday, October 18 as part of a 14 venue tour around Ireland.

Each year the tour assembles a fine mix of established artists together with up-and-coming young stars. These are blended together into a fast-moving and exciting show of traditional Irish music, dance and song that appeals to both the connoisseurs and peripheral fans of Irish traditional entertainment.

Tipperary has been well represented in this year’s round up with our delightful Bean an tí and talented dancer Ciara Horan who is joined by Irish dancer Danielle Bowe, and multi- instrumentalist Bláithín Kennedy, all hailing from Tipperary.

Ciara Horan, Drangan, is no stranger to the stage in Cashel having performed on the Brú Ború show over the past number of years. She has garnered several accolades throughout her dance career having won Oireachtas Rince na Mumhan twice and placing top ten at the World Irish Dance Championships in recent years.

Danielle Bowe is a member of Roscrea CCÉ in and has won many titles in county, provincial and All Ireland level at Fleadhanna, Scoraíocht and Pléaracha in both music and dance.

She has seven All Ireland titles in 8 and 4-hand Céilí dancing. She is one of the well known group of performers who entertain at the Brú Ború summer shows in Cashel and has had the honour of being part of the group ‘Echoes of Éireann’ that toured Great Britain earlier this year.

Bláithín Kennedy also joins this year on the tour. A winner at the All Ireland Fleadh in mandolin, tin whistle and the newly composed Tune competition, Bláithín has also taken second place in the Fiddler of Dooney competition.

The remaining line-up includes a host of fine musicians, dancers and singers from all over the country. Don’t miss this opportunity to see some of the best local and national talent in traditional Irish music, song and dance in such a wonderful venue.