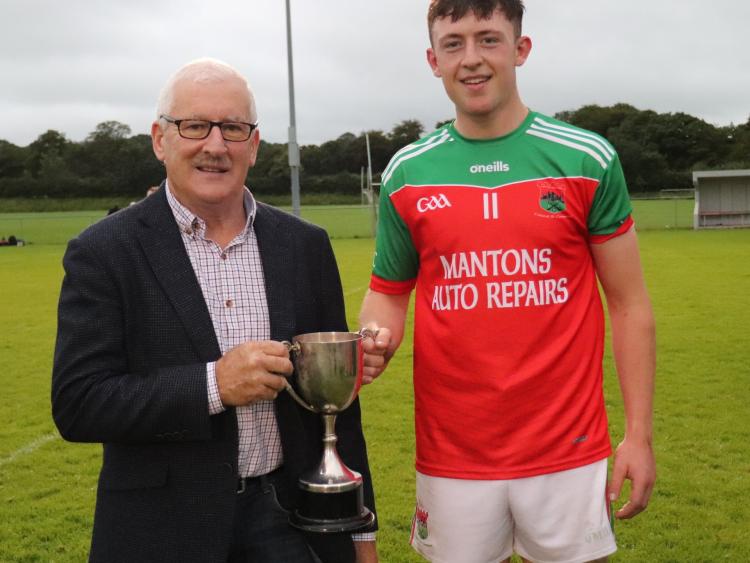 The two most successful teams in the history of the competition clashed in the 90th Joe Hayes Cleanline West Minor A Hurling Championship Final in Cappawhite on Wednesday evening, writes Francis Coughlan.

For two teams that have amassed forty titles and sixty two previous final appearances between them it would only be the sixth meeting of the sides in the final and a first since 1992. . Kickhams outscored Cashel King Cormacs eighteen scores to thirteen but the old adage that goals win games certainly rings true, and Cashel got those goals at vital stages in either half to just get over the line after a very exciting tussle with neighbours Knockavilla Donaskeigh Kickhams.

Despite Cashel King Cormacs getting the opening score of the game through a Jack McGrath free it was Kickhams who dominated the opening quarter. Points from Conor Horgan (play and free), Stephen Browne and Orin Jones. Kickhams opening up a four point advantage 0-5 to 0-1 by the twelfth minute. The Kickhams half back line well on top. Conor O’Dwyer who started in the half forward line for Cashel was moving around the field more and causing problems for Kickhams. David McGrath got Cashel off the mark from play and doubled his tally within a minute. Kickhams finished the quarter strong with two Dillon O’Grady points to lead 0-7 to 0-3 at the water break.

The water breaks seem to hit the team with momentum on the resumption of game and this was no different. Jack McGrath pointed another free but the next two and half minutes would see the game turn on its head. Cathal Quinn did very well to force his way past three Kickham defenders before raising the games first flag. This was quickly followed by goal number two was sent to the net by Conor O’Dwyer after some good pressure. Kickhams seemed in trouble and Jack McGrath pointed from play. Kickhams despite being hit by a hammer blow found their feet in the final few minutes of the half. Cashel goalkeeper Andrew Irwin saved brilliantly from Orin Jones. Points from Conor Horgan, Orin Jones and Stephen Browne saw the sides all tied up at the break 2-5 to 0-11.

Josh Browne and Conor O’Dwyer swapped frees on the resumption. Points from Ronan Connolly who was now having more of an influence on the game and another Conor O’Dwyer free saw Cashel pull two points clear. The floodlights now coming on due to the dark clouds appearing overhead. Conor Horgan pointed another free but after this Cashel King Cormacs hit a purple patch and could have been further ahead. Jaymes O’Sullivan got in for goal number three. They lead by five points at water break, 3-9 to 0-13.

Kickhams struggled on the resumption to get back into the game. Josh Browne saw his free saved on the goal line while they also took short frees from long range to work the ball into a better position but without joy. They never gave up and when Conor Horgan came further out the field they seemed to find more joy. He added two more from sixty fives and one from play after a quickly worked free to the unmarked Horgan. Points from Josh and Stephen Browne saw the game tied up. Cashel had struggled in front of the post since resumption but Captain Daniel Moloney stepped up to hit what would be the winning point. Kickhams tried hard in injury time but couldn’t force an equaliser to take the game to extra-time.

Cashel King Cormacs, claiming their 23rd west A title, were best served by Fabien Ryan, Callum Lawrence and Oisin Dwan in defence. In general the Cashel defence as a unit was strong as limited Kickhams attack to any real good goal scoring chances. Conor O’Dwyer started in the half forward line but his movement caused problems for the Kickhams defence when he stated to move round the field. Ronan Connolly too had a big influence on proceedings as he came further out the field while Jack and David McGrath were always a threat hitting five points between them.