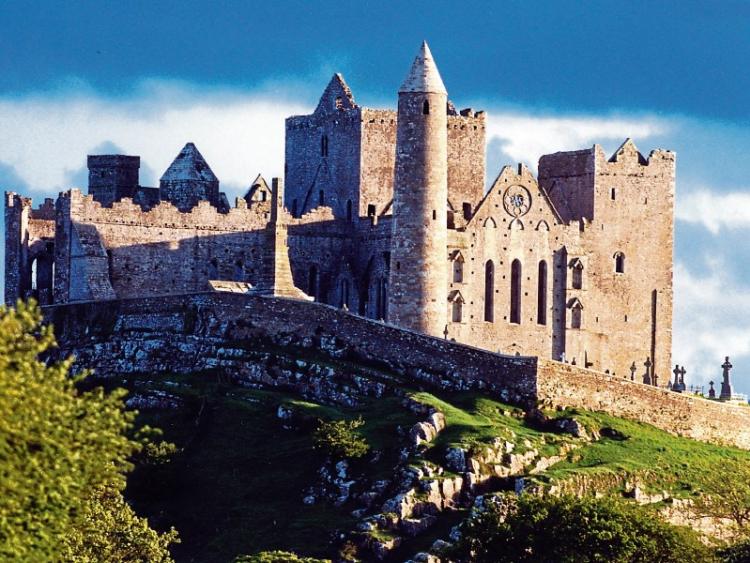 Rock of Cashel bidding to get Unesco Heritage Site Status

Members of Tipperary County Council have thrown their full weight behind a bid to have the Rock of Cashel included on a tentative list as a possible Unesco World Heritage Site.

The local authority is standing four square behind the proposal and will now undertake much research, surveying and collating of all possible material including facts, legend and lore, as they make what will be a very comprehensive submission in a bid to be included on the tentative list. This list is then whittled down with World Heritage Site status being conferred on only a very select few.

The matter was discussed at a special meeting of Tipperary County Council this week with the local authority heritage officer Roisin O'Grady giving a comprehensive presentation to the members outling the process and the kind of work involved. And, she explained that there will be considerable resources expended in terms of time and energy in getting the proposal together in the first place, submitting it, and then waiting in hope that the Rock of Cashel can get on the first rung of the ladder by making the tentative list.

“This move would benefit, not just Cashel and the locality, but the county at large and also the country. It would be magnificent for any site to get on the tentative list in the first place and to be put forward for World Heritage Status, but to be chosen would be absolutely tremendous,” she said.

The council members accepted that there is a long road ahead for the officials and that the competition will be very strong. However, there was a very upbeat mood in the chamber with long serving member, Cllr Michael Fitzgerald (Fine Gael) stating that the visit of Queen Elizabeth to Cashel in 2011 elevated the place to a different level - a global audience - and the amount of positive feeback from that visit and from the exposure Tipperary received was overwhelming, he said.

“We were on the world stage at that time and with over 400,000 visitors coming to the Rock of Cashel each year, I think we are well entitled to confidently go forward seeking this status and I am delighted to formally propose that we go for it,” Cllr Fitzgerald said.

The proposal was seconded by Cllr Roger Kennedy (Fianna Fáil) who said that tourism will be even more important to Tipperary after the pandemic has cleared.

The County Council ouncil will submit the application before June to the Department of Housing, Heritage and Local Government promoting The Rock of Cashel as a place of outstanding universal value - the list comes up for review every ten years.