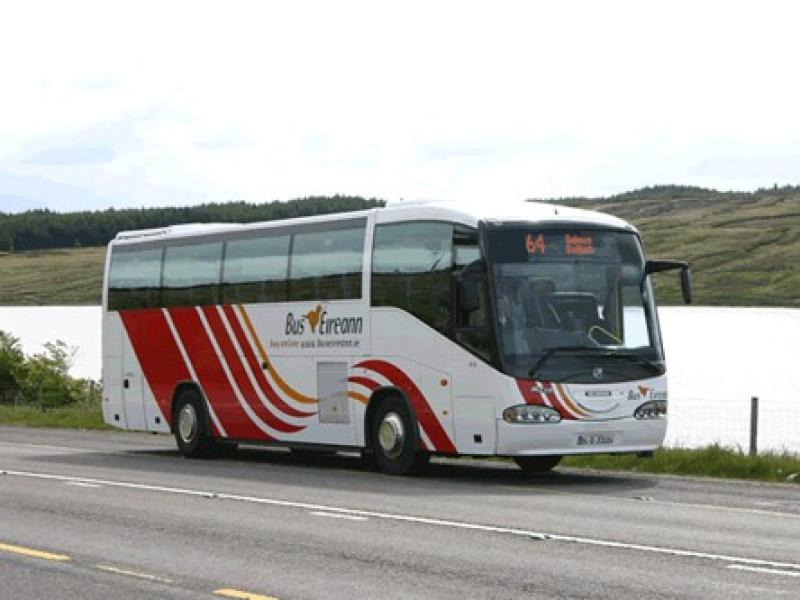 Leap Card discounts will be available for the first time, offering 30% discount versus cash single fares

The National Transport Authority (NTA) is pleased to confirm that from Sunday 5 September 2021, a new Public Service Obligation (PSO) route will operate between Cork and Dublin, serving Fermoy, Mitchelstown, Cahir and Cashel.  This route, 245X, will offer four services per day between Cork and Dublin, and will initially be operated by Bus Éireann, supported by funding from the NTA.

The Transport for Ireland route is being introduced following the cessation of Expressway route X8, with its final service operating on Saturday, 4 September 2021.  After the announcement of Expressway’s intention to exit Route X8, the NTA carried out a detailed review and assessment of transport connectivity.  This identified and supported the need for maintaining a link between Dublin and Cork, particularly for communities in Tipperary.

NTA CEO Anne Graham said: “We have undertaken a thorough and careful assessment of the entire transport system along the Cork to Dublin route.  It became clear there was a need to preserve connectivity for the towns along the route and we are pleased to ensure a seamless transition for the communities affected.  We believe this brings certainty and avoids any disruption to public transport provision in the area, which is particularly welcome ahead of the resumption of third level education in the autumn.”

The 245X will maintain the same timetable, with the same stops as the previous commercial route, terminating in Dublin city. Four services a day will operate in both directions. The principal changes will be:

The livery of the coaches serving the route will change to TFI/Bus Éireann.
Some fares between Dublin and Cork will increase by €1, however for the first time, a 30% Leap Card discount will be applied, meaning that, using Leap Card, a single ticket between Cork and Dublin will be €12.25 instead of the previous fare of €16.50.  Leap Cards can be bought online, delivered by post to any household in the country and easily topped up on Android or iPhone devices 24 hours a day using the Leap Top Up app
Passengers will be able to buy a ticket online at buseireann.ie but reserving a seat will not be possible.

Earlier this year TFI Local Link launched additional services with the 858 service connecting Portlaoise and Thurles and an enhanced 828 service between Cashel and Portlaoise. These routes provide greater connectivity and flexibility for the communities of Cashel, Thurles, Urlingford, Johnstown, Durrow and Abbeyleix. The interconnectivity of these routes provides a stronger link to national bus and rail networks in Portlaoise, Thurles and Cashel including the 245X and also represents a significant investment in rural transport.

For details of all services and journey information use our Journey Planner app or go to: