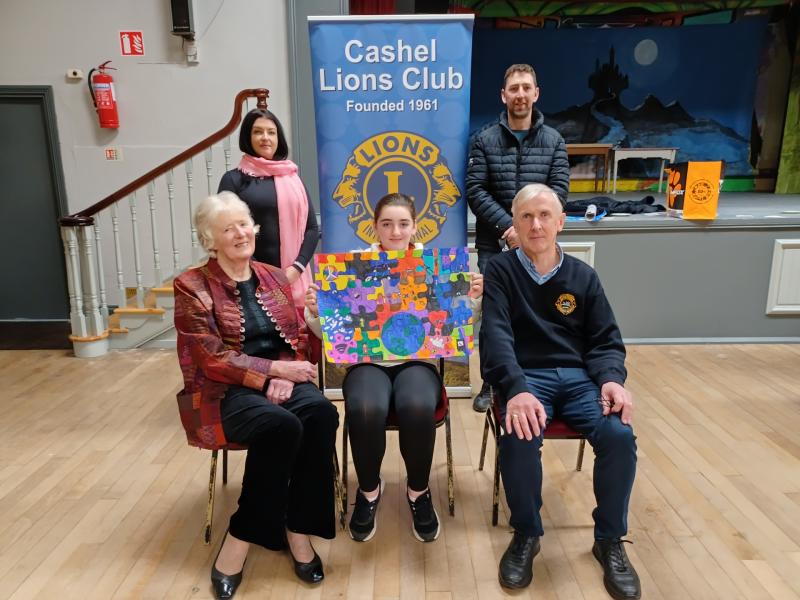 She was selected from a total of 122 entries from eleven schools in the Cashel and District area.

she addressed the theme of the competition, We are all Connected. The adjudicator also expressed thanks

to all the teachers who organised the competition in their schools.

Cashel Lions President, Eddie Morrissey, welcomed the school winners and their parents to the presentation

event in Halla na Feile recently. It was the club’s first public event since March 2020.

The Peace Poster competition was part of the International Lions Peace Poster Contest, in which children all over the world take part.

Local winners go forward to District, Region and World level until the final winner is decided. The aim of the competition is to

promote peace, tolerance and understanding among the peoples of the world.

As well as the overall winner, Rianna, who is a student in St. John the Baptist Girls School, Cashel, the other winners