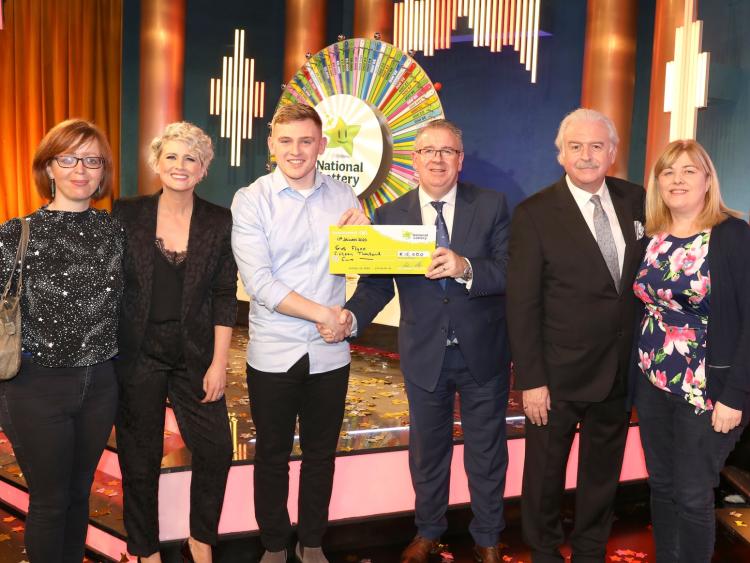 A Tipperary-based teacher landed a windfall on the Winning Streak National Lottery TV game show on RTÉ One last Saturday.

Gus Flynn from Waterford city won €15,000 in cash on the first show of the New Year.

Back at the start of December, Gus was watching the Anthony Joshua vs. Andy Ruiz boxing match on a Saturday evening when his phone “exploded” with calls and messages from family members and friends. He had planned on a quiet night in but went out to celebrate the news that his name had come out of the Winning Streak drum.

Gus is a Geography and P.E. teacher at the Presentation Secondary School in Clonmel, County Tipperary. There was great excitement around the school leading up of his Winning Streak appearance.

Over the Christmas holidays, Gus says everyone was wishing him well on the show.

Supporting him last Saturday were his mum Anita and excited little sister Roisin (9). Jessie, his girlfriend of seven years, was also rooting for him from the studio audience as well as his teammates from Ballygunner GAA, where Gus plays as a half-back.

With his winnings, Gus is planning on travelling during the summer holidays.