Tractor driver failed to secure load on trailer near Thurles 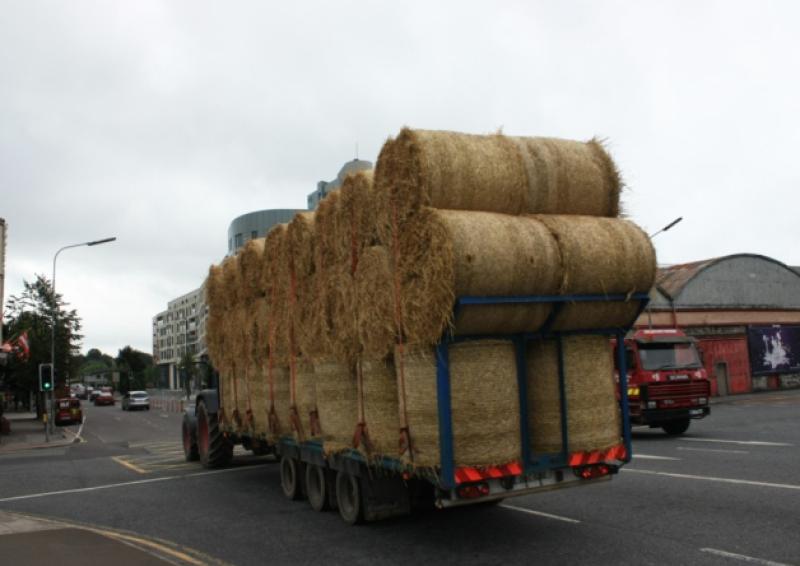 Stock image of a tractor driver transporting hay on a trailer

A tractor driver who failed to secure the load of hay on the back of a trailer, also had no braking system for the trailer, heard Thurles District Court.

James Cashin, of Ballypatrick Stables, The Ragg, Thurles, was stopped by garda Patrick Lawlor on October 22, 2020, in the townland of Wrensborough, Thurles.

Mr Cashin was driving a tractor to which a trailer containing a load of hay was attached.
Garda Lawlor charged Mr Cashin with failing to secure a load, and having no braking system for a mechanically propelled vehicle.

Mr Cashin told the garda that he did not have enough straps to secure the load on the trailer. He has no previous convictions.

Solicitor Anne Fitzpatrick said Mr Cashin was working for his employer, and the bails were tightly packed. Mr Cashin didn’t think he had to tie them all down securely, said Ms Fitzpatrick. “It was an oversight. It’s an ordinary trailer, used on a regular basis,” she said.

Judge Elizabeth MacGrath said it was a “serious matter” for other road traffic users. and that Mr Cashin should have his own safety in mind as well.