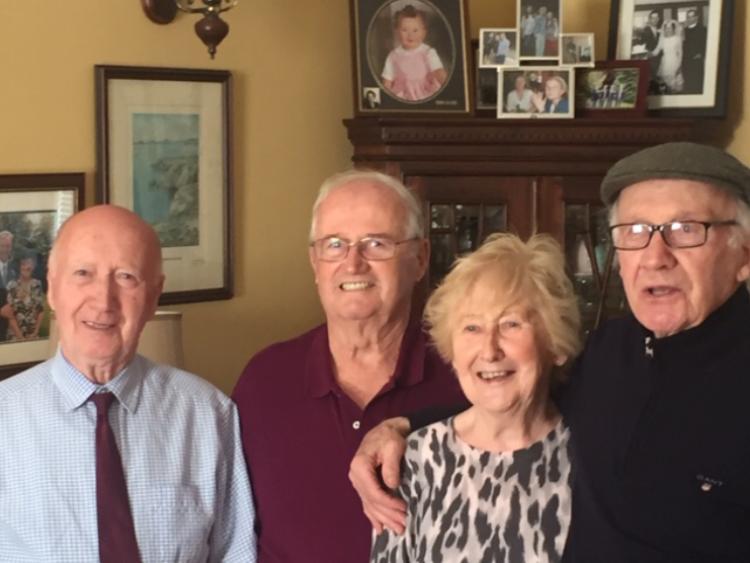 The late Joe Cleary (left) pictured with his siblings

Although he lived in London for over sixty years, his heart was still very much in his native county

Joe Cleary died in London on February 12 2020 surrounded by his children and grandchildren.

He had lived in London for over 60 years; like many Irishmen and women in the 1950`s, having no option but to leave his native land, for England, to find work and raise a family. That he did, with his wife Maura from Monaghan by his side, working first in the tunnels, but then as an engineer for British Rail.

Joe was born in May 1932 in Gortnahoe, Tipperary. His mother and father were Timothy and Johanna Cleary (nee Maher). He was a twin with Tom and one of 10 siblings. He played hurling for Gortnahoe in the early 1950`s, before heading to London in 1954 to seek work.

When he arrived in London, he joined up with three of his brothers Timothy, Larry and Paddy and also his sister Nancy, who were already there. The four brothers worked on the tunnels together, which before the days of strict health and safety, involved many hazards and dangers; not least the fact that they were often up to their arm pits in water and dirt, as they, with their brother `navvy`s`, put up pneumatic shields, to create water conduits across London and beyond.

Joe worked hard and when he met Maura, he married her and started a family. He switched from working on the tunnels to working above ground and for over 20 years worked as a British Rail engineer; acting as foreman of a troop of men maintaining lines and sleepers, all across the rail network in North London; often on night duty.

However, although Joe was in London for over 60 years, he always remembered and was proud of where he came from. He always ensured that he visited Ireland and his home place in Gortnahoe regularly with his own family, when time allowed. Bringing back his own children and making them aware of their own heritage and background was important to him. A proud Tipperary man, he remained all his life and he followed the exploits of the Tipperary hurling team, from any venue in London that would screen the championship matches.

Joe was a quietly religious man, saying the rosary every night and was conscious of the injustices in the world. However, he was no shrinking violet (you couldn't be in 1950`s navvy London) and whilst working on the tunnels he had a reputation not only as a ferocious worker, but also a tough task master.

Joe was in good health all his life, but found it difficult to come to terms with the loss of his soul mate, his wife Maura, three years ago.
He recently became ill himself late last year and struggled with his health for the last few months. He died at the age of 87 on February 12 2020 in London, surrounded by his children and grandchildren.

He is survived by his children and grandchildren and his two brothers, Timothy retired in Tramore and Paddy in Canada and his sister Josephine in Cattiganstown, Tipperary.
Rest in Peace Joe.
May perpetual light shine upon him and all the souls of the faithfully departed.