Sadness at the passing of Moyne Templetuohy legend Johnny Everard 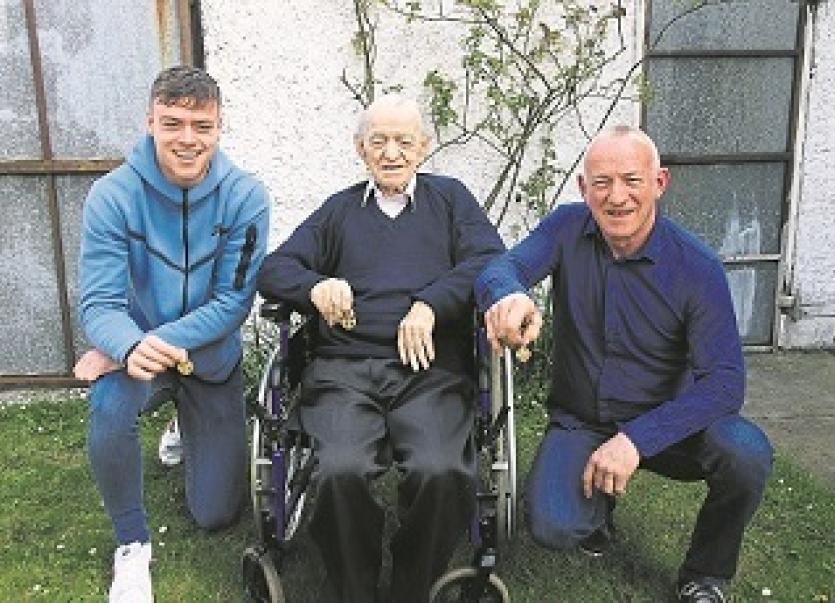 Johnny won an All-Ireland senior medal with Tipperary in 1950

There is great sadness in Moyne Templetuohy, mid Tipperary and indeed throughout the Premier County at news of the passing  of former Premier County hurler, Johnny Everard  of Moyne-Templetuohy.

At the time of his death, Johnny, who celebrated his 97th birthday in April, was Vice President of his club and the oldest Tipperary man to have won an All Ireland Senior hurling medal.

He was an inspirational member of that famed club and his reputation as a great Gael is without dispute, having acted in many, varied positions for club and county as a player, administrator and official.

Johnny gave many years of service to the GAA and excelled both as a player, coach, Selector, referee and administrator. His  involvement with Tipperary teams commenced in 1941, when at the age of seventeen he was a member of the Tipperary minor hurling panel. During his playing career Johnny won numerous titles at club and inter county level, the highlight and most cherished of which was undoubtedly his Celtic cross medal which he won in 1950 as a panel member when Tipperary defeated Kilkenny in that years All Ireland hurling final. In the same year Johnny also won Munster and League titles.

He toured America with Tipp too with that grean panel of men who were almost as famous in the US as they were on home soil.

Johnny was also a very accomplished footballer and won a Munster Junior Football title with Tipperary in 1952.

At club level one of Johnny’s greatest achievements came in 1971 as a selector with his beloved Moyne-Templetuohy when they won the Tipperary County Senior Hurling title defeating a star-studded Roscrea side in the final. Johnny was also involved in numerous underage successes in the club and was a driving force behind under 15, under16 ½ and Minor divisional and County title winning teams in 1963, that saw some players win a total of 13 medals. Many of those players went on to form the backbone of the 1971 County title winning team.

As an administrator Johnny served in various positions including club chairman a role he carried out with great integrity and pride. Johnny always had the courage of his convictions, a trait that earned him great respect from all those who knew him.

He took particular pride in the success of his family members on the playing fields and recently to mark his  97th birthday,  his son Brendan and grandson Conor Bowe visited with their All-Ireland medals - Johnny with his All-Ireland senior hurling medal in 1950; Brendan with his minor medal in 1982; and Conor with his u-20 medal in 2019.