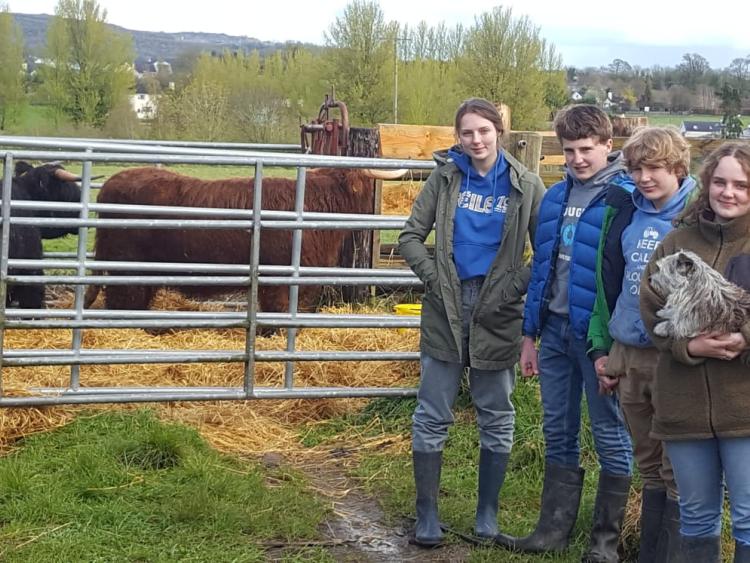 Kate, Rory, Will and Aobh Quinn pictured with the Scottish Highland heifers from the Balmoral fold .

Two Scottish Highland heifers, straight from the Royal fold at Balmoral Castle, have arrived in Holycross village were they have been welcomed by the Quinn family.

Fresh from the ownership of Queen Elizabeth and the late Prince Philip, the two heifers are now owned by Holycross' Philip and Liz (Quinn) who are privileged to have been chosen to receive the animals - the Royal family very rarely sell any of their stock, so to get two of the eight arriving in Ireland is a major deal.

“We bought two Scottish Highland heifers from Her Majesty, Queen Elizabeth. They arrived from Balmoral Castle on Monday morning and this is very special for us as they are the first Balmoral heifers to come into Ireland,” Liz Quinn told The Tipperary Star.

“We are hoping to breed from our two new Balmoral Heifers. They are the most placid, docile animals and they are a familiar sight here to a lot of the walkers in Holycross, who walk around our field. 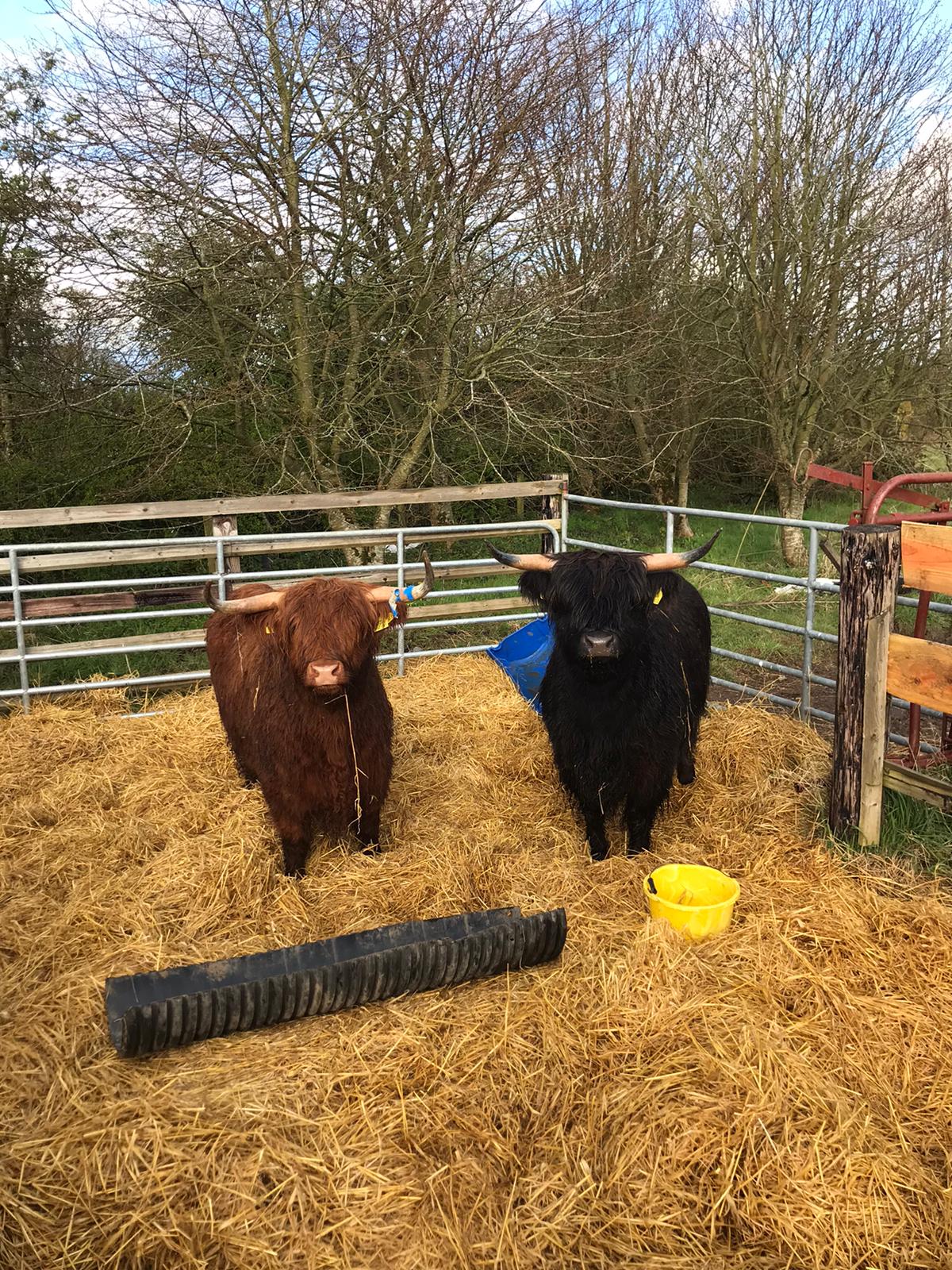 Pictured above: Isla and Dubh in thier new home in Holycross

“The calves are particularly friendly and love a scratch on the neck and the cows are very fond of bread and love to be fed by hand. The breed is quite small in height, with very short legs and they have enormous horns, which must be left on them as these are their cooling system. They have very thick hides and long coats which provides them with great insulation- they really are made for the Highlands.

“Their fringe, which is known as the dossan, is very long, often covering a lot of their face. A herd of them is known as a fold,” Liz said.

There was tremendous excitement in the Quinn household over the weekend as the awaited their royal arrivals with Liz and Philip's sons, Rory and Will, and daughters, Kate and Aobh all taking very active roles in looking after the animals and the many other projects on the go at their base just opposite historic Holycross Abbey - Philip and Liz are renowned craftspeople and their work can be seen all over the country in various projects which include stone masonary, wood carving, building stone walls, restoration, repair, willow weaving and much more besides.

The Quinns two Scottish Highlander are named Dubh and Isla, while two recent calves have been named Hayes (after their great friend, the late Johnny Hayes) and Lir, as a number of swans flew overhead, making a loud racket as the calf was born. The hope is to breed off the new arrivals, also with the royal bloodline helping in terms of value of the animals.

They will be treated to plenty of fresh grass from the lush pastures of Tipperary and will also be fed on course ration and some hay. The animals are regarded as being excellent for biodiversity and are light on the ground, therefore reducing damage normally associated with heavier animals.

“As you can probably tell, these animals are our pride and joy, and anyone who has come in contact with them here has been completely charmed,” Liz said.