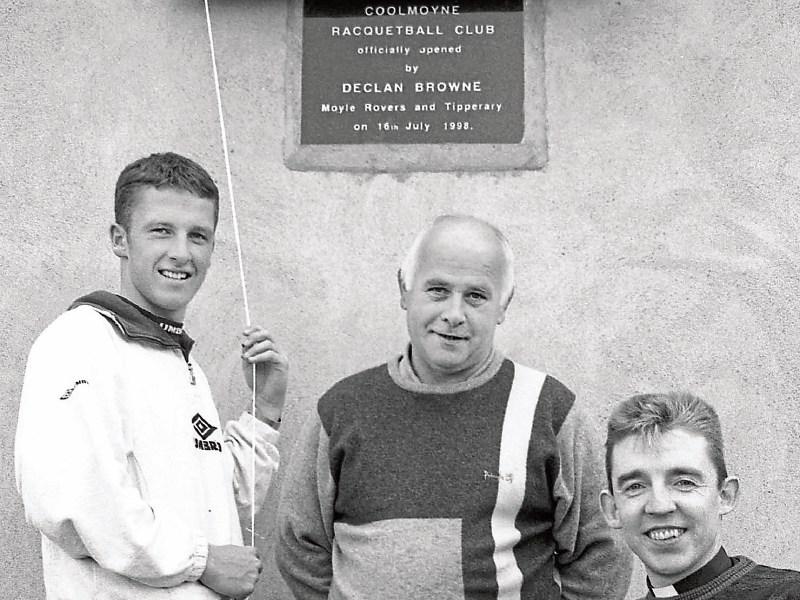 Pictured after the official opening of Coolmoyne Racquetball Alley on July 16, 1998, were: Declan Browne, who unveiled the plaque; Tom Noonan, project coordinator; and Fr. Michael Barry who blessed th

The alley was officially opened in July 1998 by Tipperary County football star Declan Browne, and blessed by Fr. Michael Barry. Today, the alley is still much used in the locality and the group have got-together to fund maintenance work on the roof, which is necessary to preserve the building.

Fundraising will commence on Saturday night next, February 29, with a table quiz in Lonergan’s Bar, The Square, Fethard, starting at 9pm. Locals and supporters are asked to come along, enter a team of four and support this worthy cause

A great night is guaranteed by the proprietors.