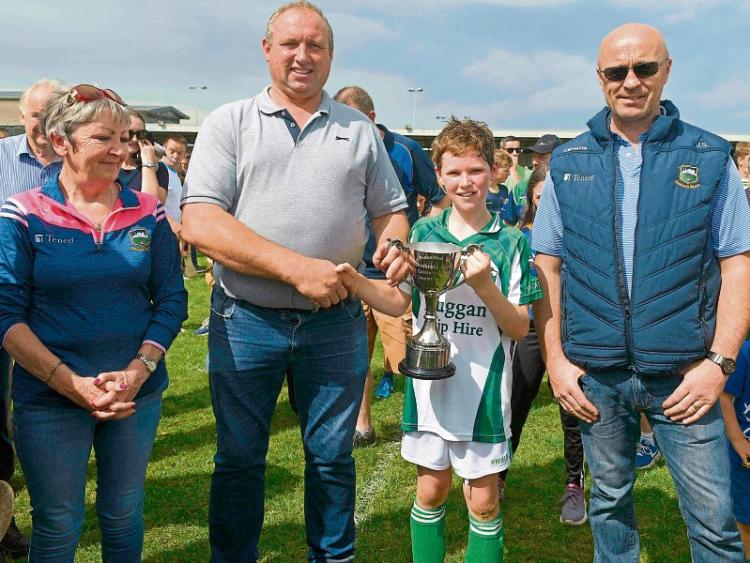 In what was a keenly contested final Cahir got that rub of the green and  some great scores to claim a first U-12 ‘B’ hurling title.

Be in no doubt the winner was going to earn this title and after 20 minutes of play just  two scores had been registered.

That was down to  the stout defending of both teams, ensuring no clear cut chances would be coughed up to any forwards.

Moneygall settled first and were a threat with  Eoghan Doughan playing down the left who won frees that were unfortunately, for Moneygall,  from very difficult angles. Four of note in the first half went wide.

The first score came from the hurley of the steady John O’Regan who pointed a long range free after TJ Molan was fouled. Dan Delaney showed his ability with a point on the run before watching his goalbound shot saved. Sean Morrrisey wasn’t overly busy but made his puckouts count.

Up the other end the width of the post was the difference as Dan Delaney’s shot went out wide. At half-time it was 0-2 to 0-0.

The two halves were like night and day, two points in 20 minutes then  four in three.

Moneygall had the good start with Adam O’Brien pointing a free. Cahir’s subs bench settled in quickly. First up David Halpin pointed before Dean Cummins had an excellent point. These points  were sandwiched by a second Moneygall point from Shay Gleeson when he bravely broke the tackle after good Eoghan Doughan play.

The impressive James O’Brien then stood up to a free from distance. He met the sliotar well and we all  watched as the hurleys went up only to see the net shake, with a goal for Cahir.

Moneygall  failed to register a score until the 33rd minute when Eoghan Doughan pointed.

Then came a score worthy of winning any game. The Cahir keeper delivered to the brilliant McDonagh, whose sharp turn was matched by his finish.

The icing on the cake was  McDonagh’s point, the last of the game. 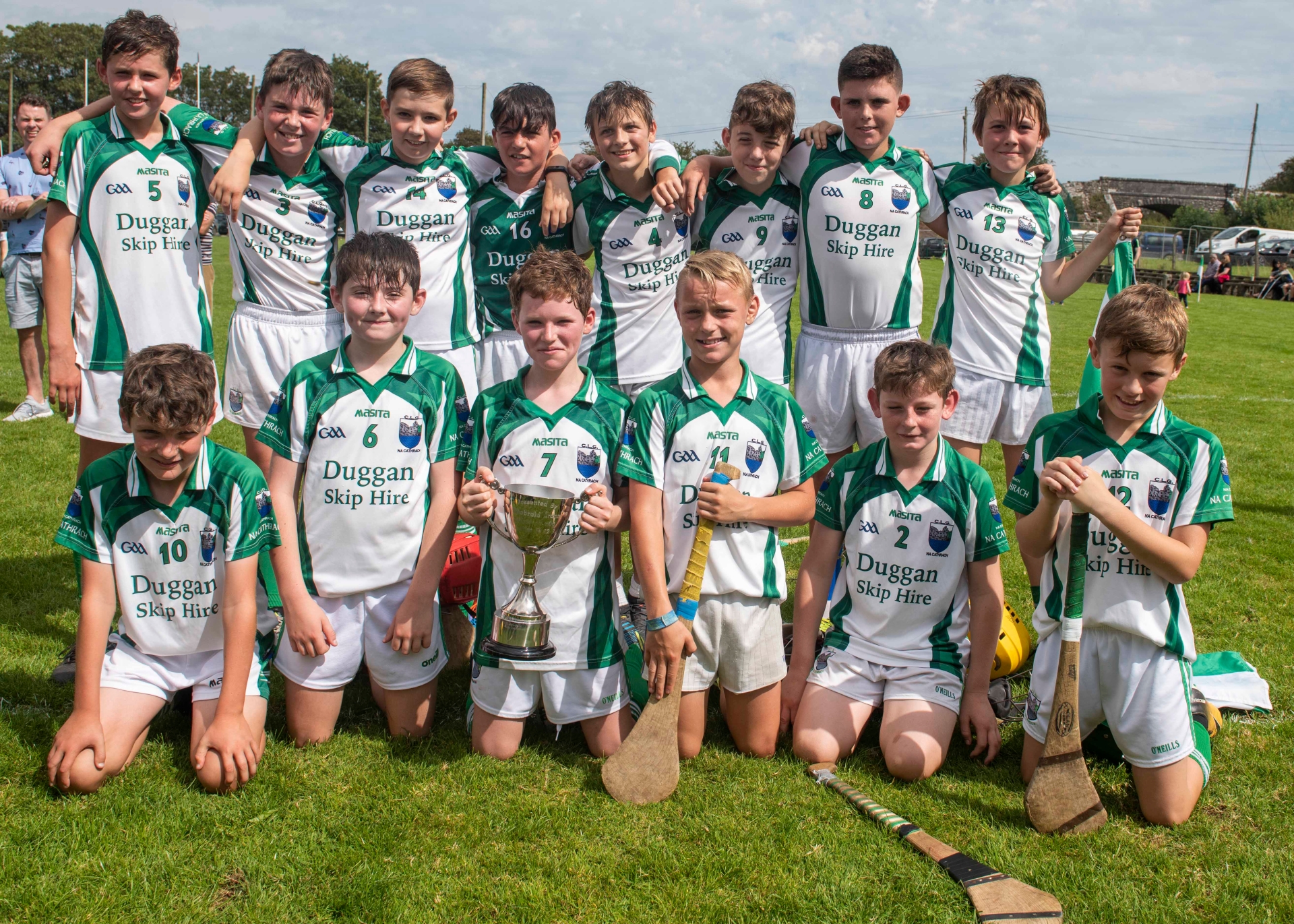 The victorious Cahir hurling team celebrate with the cup following their 2-6 to 0-4 win over Moneygall in the County Coiste na nOg Under 12 ‘B’ final played at Holycross PICTURES: MICHAEL BOLAND