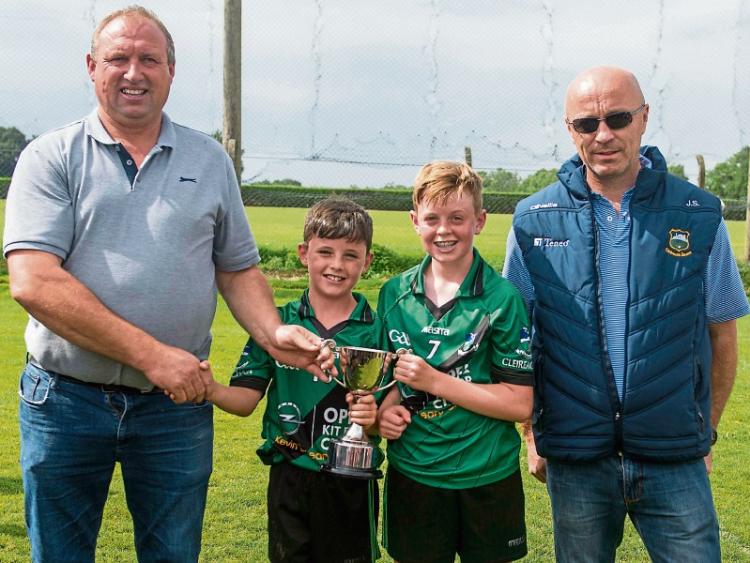 Clerihan dominanted this final, hitting eight of their ten points from play  to secure a first-ever  hurling title.

Following the  opening exchanges it looked like we had a very tight game on our hands. Early on Clerihan’s Eoin O’Donnell was the much busier ‘keeper and was more than capable when called on.

It was a score apiece as the first quarter neared. However the Kilruane wides tally was building, ending with seven first half wides. Those  missed opportunities saw Clerihan  grow in confidence and they took control of the middle third through Shane Cooney, Ryan O’Sullivan, Eoin Rice and Roan Hally.

Roan hit the game’s first point, which brought   a response from the North champions when  Fiachradh Ahearne Woods pointed what would be his team’s only score of the opening half.

They had enough to do with Jonah McCarthy and Cian Dunne Clarke working hard as top scorers. Shane Cooney and Ryan O’Sullivan evenly shared the points.

Shane Cooney’s pointed frees came either side of Ryan O’Sullivan’s points from play -  Roan Hally was fouled on both occasions after good runs. The Clerihan full-back line of Harry Hickey, Michael Dempsey and Aaron O’Dwyer had settled to their task by now. At half-time it was 0-5 0-1.

See Also: Storming second half sees Cahir capture county crown at Under 12 'B'

Despite a stiff brezze Kilruane’s Jack Kenneally and Fergal Doheny took the game to Clerihan, making for an open five minute spell. There was scant reward as two more Shane Cooney frees extended the gap. Cormac Kennedy can be proud of his display - his free taking was exceptional. He hit the first of his three second half scores, a free won by Jack Kenneally. Then  Ryan O’Sullivan hit a long pass for the perfect run of Eoin Rice who ran on to fire over. Ryan hit the game’s next two points, one from play the other a free thanks to good defensive work.

There were four scores to be shared before the final whistle - Cormac Kennedy’s two points, one brilliantly set up by Darragh White. Ryan hit Clerihan’s two scores - his goal will never be forgotten. Ryan caught on the run and fired to the top corner to seal a famous victory for his club. 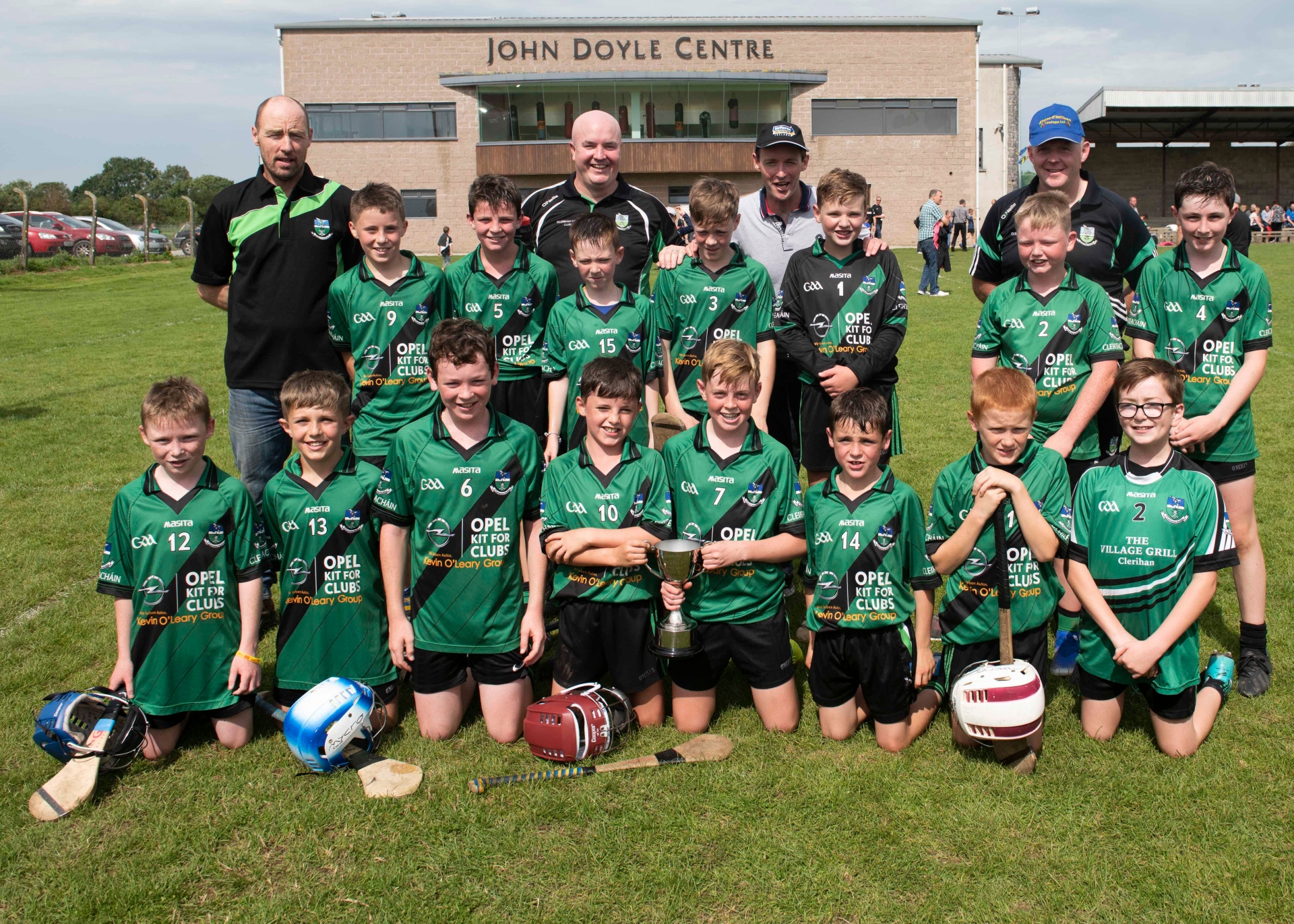 The victorious Clerihan hurling team celebrate with the cup following their 1-10 to 0-4 win over Kilruane MacDonaghs in the County Coiste na nOg Under 12 ‘C’ final played at Holycross PICTURES: MICHAEL BOLAND