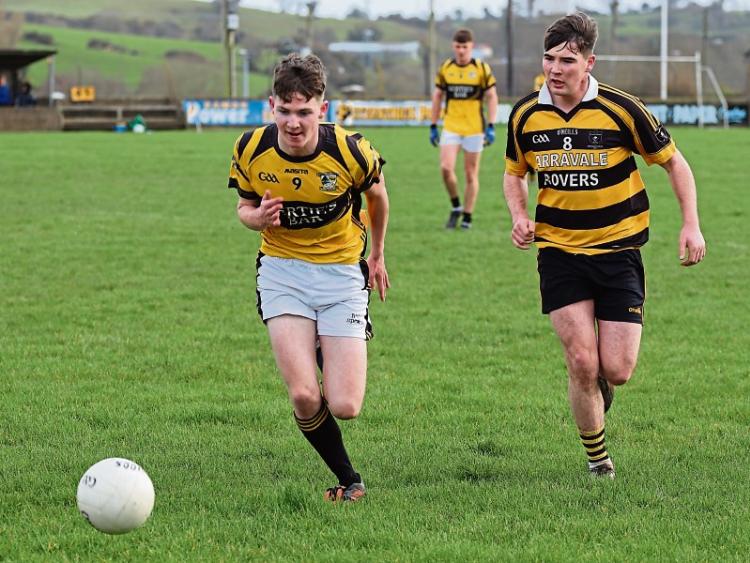 Arravale Rovers lead 0-7 to 0-1 at the interval. Points from Cormac Maher (free), Darren O’Dwyer and Killian Fitzgerald had Arravale Rovers 0-3 to no score up after seven minutes. Jamie Duncan replied with Kickhams’ opening score of the game which would be their only score of the half. Kickhams then started to dominate the possession stakes, turning over the Arravale kickouts and forcing them into errors. Jamie Duncan was the go-to man for Kickhams, dropping deep and driving forward. Kickhams though struggled in front of the posts and failed to make this period of dominance count. Arravale Rovers changed tactics and soon took over again. Further points from David Kelly, Cormac Maher and Brian Lowry put them well in control of the game at the interval. Both sides had goal chances, with both going across the face of goal and wide.

Kickhams started the second half in determined fashion; when Ben Ryan reacted quickest when an effort for a point came back off the post, he found the net for Kickhams. Cormac Maher responded at the other end with a point in the sixth minute of the half. Kickhams’ workrate increased and six minutes later Jamie Duncan pointed from a free to leave three points between the sides. Kickhams were in control now but failed to make it show on the scoreboard. In a four-minute spell they scored just once from four scorable chances and could easily have been ahead. Arravale though finished stronger and Caleb Hickey Molloy finished to the net after a well-worked Arravale move. Further points from Cormac Maher (2) and Niall Sharpe saw out the victory for Arravale. 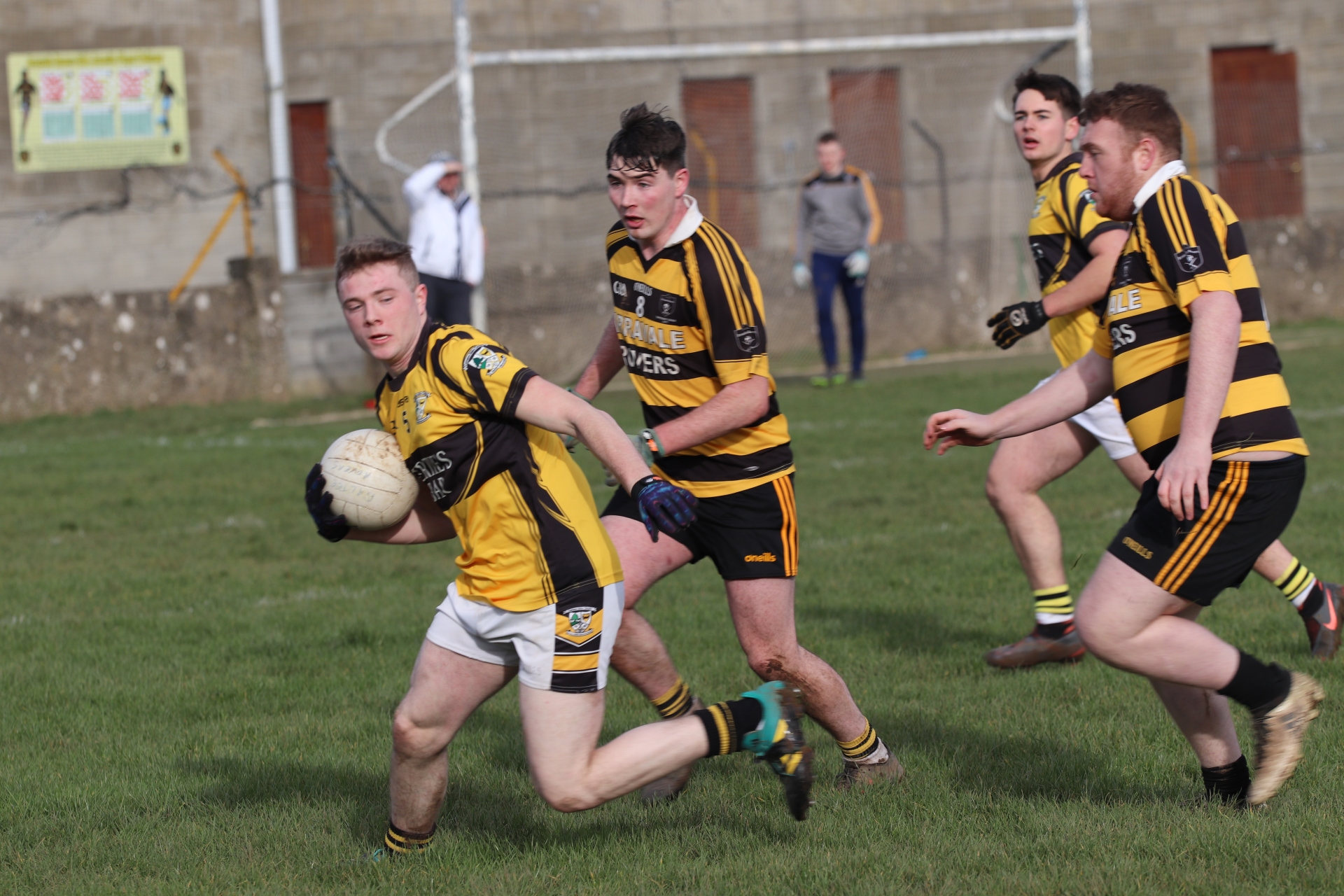