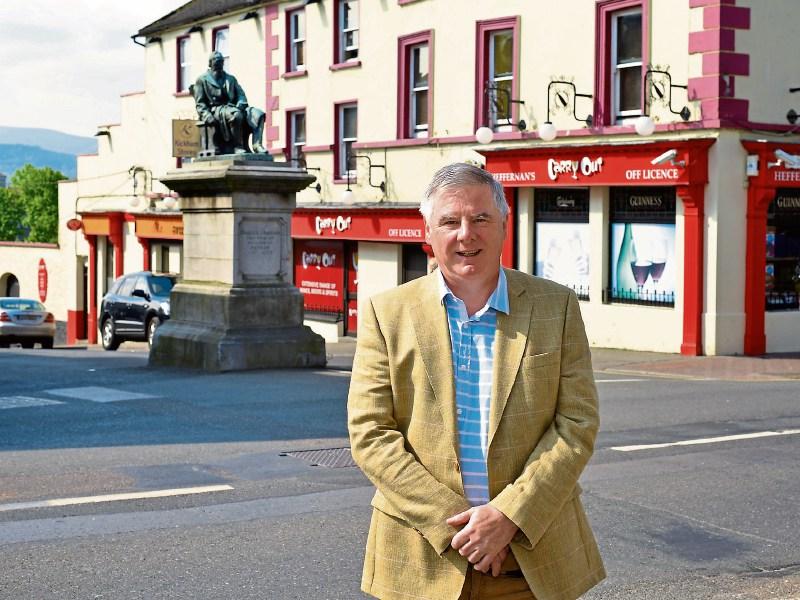 A town centre plaza plan earmarked for Tipperary Town has been labelled a “joke”.

Cllr.Denis Leahy has said the €37,000 funding for the plaza was an insignificant amount of money for such a project to be properly carried out.

The controversial Kickham Street plaza project proposed by management of Tipperary/Cashel Council has not met with widespread approval from public representatives and business people in the area.

The €37,000 “project specific” funding from the EU is available but will be lost if work does not start by July.

A statutory meeting of the council was scheduled to take place two weeks ago but was cancelled at short notice by management.

“I received no explanation why it was cancelled. It was obvious that councillors were not going to vote in favour of the plan” said Cllr. Leahy.

He described the €37,000 funding as an insignificant amount of money for such a project.

“It is a joke, it is a stupid amount of money to allocate for such work.” insisted Cllr. Leahy.

He said business people in the area were against the plan as they feared it would damage their businesses.

The plan proposes the introduction of a one way system in Kickham Street, a reduction of parking spaces and protection measures for the Charles J. Kickham monument.

Cllr. Leahy said such a plan was premature and should only be considered as part of a traffic management and street enhancement process once a by-pass was provided for the town.

He said well in excess of 10,000 vehicles were driving through Main Street every day.

Main Street was in a desperate condition as a result and such a volume of traffic was unsafe for the people of the town and was detrimental to business, he claimed

The Independent councillor said it was now time for the local authority to push for a by-pass of the town.

“It is only after that is provided can such schemes as the plaza be considered. The by -pass has to be first,” said Cllr. Leahy.

“We have one of the worst Main Streets in the country. It is awful to drive through the town now and it is very difficult to conduct business as a result” he said.

Town Engineer Aidan Finn said the meeting was called off because consultations were still taking place with public representatives on the matter.

He said the €37,000 would not cover the entire project but would allow it to start.