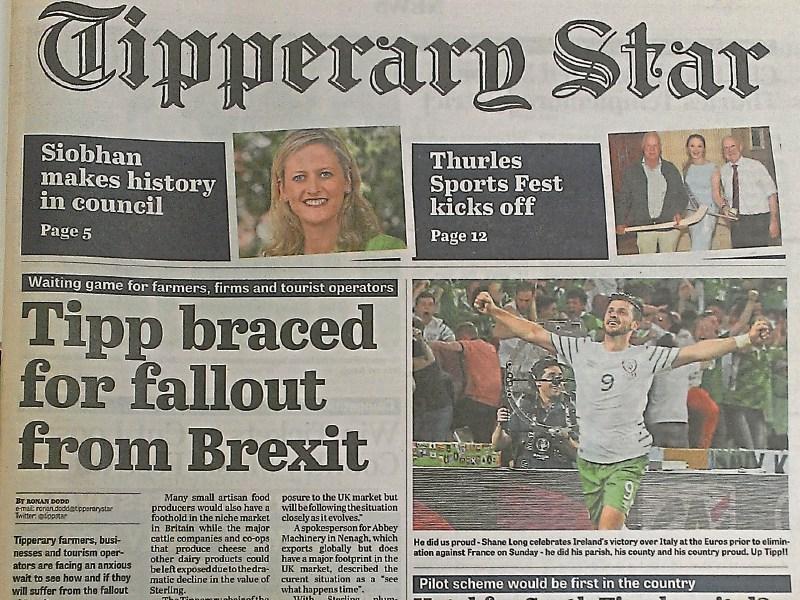 A copy of last weeks Tipperary Star was produced in Dail Eireann this week by Fianna Fail Leader Micheal Martin during an at times heated, and unusual debate between An Taoiseach Enda Kelly and former Environment Minister Alan Kelly.

Deputy Kelly was seeking to get clarification from An Taoiseach that no secret deals had been struck with Independent TD's outside of those which had been published in official documents.

Without stating it, Deputy Kelly was believed to be alluding to comments by Deputy Michael Lowry in last weeks Tipperary Star in relation to a proposed 'Modular Hotel' for South Tipperary General Hospital. Members were left baffled by Deputy Kelly's cloaked comments while a number of smirks crept across the faces of opposition backbenchers - the ones in the know obviously.

But then, low and behold, the FF Leader just happened to have a copy of The Tipperary Star in his possession and he delighted in enlightening the country as to what exactly Deputy Kelly was having so much difficulty in spitting out. “It seems to me that in one fell swoop, the other four deputies, as a result of the deal between Lowry and the Government, would appear to be redundant in Tipperary,” he said after reading out an extract from the newspaper in which Deputy Lowry said that he was the only TD in the county in a position to work on the hospital project, as he was supporting the Government.

Minister Kelly was left angered by the exchanges which had left him red faced, while An Taoiseach smiled, “It's the first time I've heard Deputy Kelly not being clear. You have full privilege in here. I don't know what you're talking about. You should say outright what's on your mind about whoever. Deputy Lowry's getting good free publicity.”

The Tipperary Star was later much sought after by the TD's in Dail Eireann who were mad to find out what exactly had gotten Dpeuty Kelly so hot and bothered.