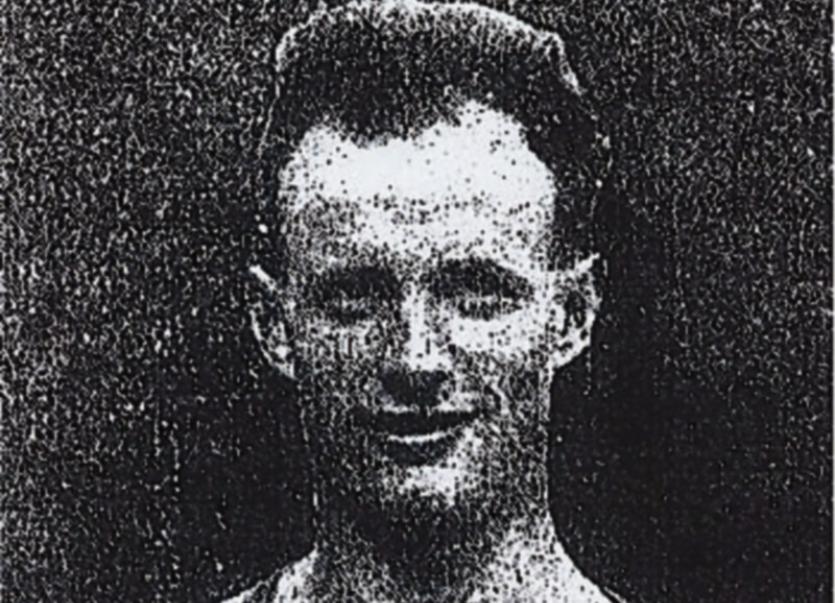 On July 23, 1928 a party of 38 competitors, 33 men and 5 women, departed Westland Row Railway Station, Dublin for the start of a journey that would take them to Amsterdam for the Summer Olympics.

There were 11 athletes in the party and included were two Tipperary men, Paddy Anglim from Rosegreen, who was scheduled to compete in the ‘running broad jump’ and T. D. Phelan, whose farther was a Clonmel man and who had qualified to take part in the hop, step and jump.

The party took the Mail Boat to London, having been seen off by President Cosgrave, and stayed there over night. They joined the Dutch Steamship, Orange Nassau, at Harwich the following day and sailed for Amsterdam. The boat was to be their accommodation and headquarters for the duration of the Olympics.

Paddy Anglim qualified for the Olympics by virtue of his performance in the Irish Athletic Championships at Croke Park in June 1928, when he won the long jump with a jump of 24’ - 41/2” or 7.12 metres, the best jump in the national championships since 1906. It was a spectacular performance as there wasn’t much known about the athlete at national level before then.

Paddy was born in Rosegreen on September 6, 1904, the only boy in a family of four children. His father was a farmer. He started in Rosegreen National School in January 1910 and was registered under the name of Pat Anglim. He attended only twenty-four days during the first three months and remained there until 1920. In his last year he was in seventh class. It is believed that Paddy attended Rockwell College for some time but was unhappy there and finished his secondary schooling in Clonmel High School.

He went on to join An Garda Siochana after General Eoin O’Duffy saw Paddy perform at a sporting event and was impressed by his ability.

General O'Duffy gave Paddy the fare for the train to Dublin and the following Tuesday he left Rosegreen with a suit case and presented himself in the Phoenix Park, where he was taken on as a new recruit.

Paddy’s athletic ability must have impressed the recruitment officers because when he applied to join he was a half inch short of the required height, 5’ 81/2 inches instead of 5’ 9”. So he got the name as the smallest member of the force!

Paddy first station in An Garda Siochana was in Oylgate, Co. Wexford from which he was transferred to Clonmel. Later he was moved to Roscrea and he finished up his life in Puckane in the north of the county.

Paddy was a member of Clonmel Athletic and Cycling Club and represented the club in many sports in the years before the 1928 Olympics. On July 1, 1928 he took part in a sports meeting in Ballinasloe and ‘secured a very fine silver cup for the 100 yards open handicap.’ The following day he performed at the Cappawhite sports. His son, P. J. told me that at one stage a case he had for holding medals contained no fewer that seventy-three. However Paddy didn’t put too much store on his winnings, taking part was the most important thing to him.

We do have a reference to achievements of his in 1926. He represented Tipperary against Limerick in an intercounty contest in that year and another reference has him winning the long jump and the pole vault at the Clonmel sports.

He made his first appearance in the Irish Athletic Championships at Croke Park in June 1928 and made a winning long jump of 23’-41/2” or. In metre measurements, 7.16. It was a sensational jump and shot him so much into the national headlines that he was chosen to represent Ireland the following month in the Summer Games.

Unfortunately his achievement in Amsterdam didn’t live up to expectations as his best jump was 6.81 metres or 22’ 4”, well below his 7.16 in the national championships. He came 21st out of 41 competitors and well behind the winning jump of 25’ 5” of the U.S. athlete, Hans. Paddy came 3rd in the long jump the National Championships in 1929 and second the following year. Then came his glorious achievement of six championships in six years, 1931-1936 inclusive. During these years he never bettered the mark he set in the 1928 championship. His best recorded jump was made in Tipperary Town on August 24, 1934, when he reached 24’ 6”. His versatility as an athlete was revealed during these years. As well as the long jump Paddy won four National championships in the Pole Vault in 1931, 1932 1933, and 1934, and he came second in 1935. Also in the 1932 National Championships he came third in the javelin.

He travelled to Wales in August 1934 to compete in the Swansea Valley Athletic Sports, where he not only broke the Welsh long jump and pole vault records but he also won the shot putt and discuss events. He took part in the 1936 Irish All-Round Championships, or the Decathlon, held at Killarney Stadium and finished second to Ned Tobin. Probably the greatest disappointment in Paddy Anglim’s life was his failure to qualify for the long jump at the 1932 Olympic Games in Los Angeles. At the Irish Olympic trials the standard set was 23’ 10”. In his final jump Paddy landed out over the 24’ mark but fell back on one hand and the measuring tape had to be put on the hand mark, which was 23’ 8” from the board. He was convinced that had he got to Los Angeles his jump would have improved greatly and he was always disappointed that he never got the chance of joining O’Callaghan and Tisdall, who did so well at the games. Paddy married Kathleen Carroll in 1931 and the couple had seven children, six boys, Willie, P. J., Francis, Matt, Thomas and John, and Rita, who came in the middle of the six boys. Matt and Rita have departed this life. Paddy, himself died tragically at the young age of 49 years on March 3, 1954. He had been in bad health for some time. The unveiling of this plaque to his memory is all about. Galteemore in the Nationalist on the occasion of his death, referred to him as ‘a splendid all round athlete’ as indeed he was and as these remarks about his athletic achievements bear eloquent testimony of. The village of Rosegreen and the wider parish of Cashel and Rosegreen have to be proud of him, their most distinguished native son, whose achievements have never been equalled let alone surpassed.