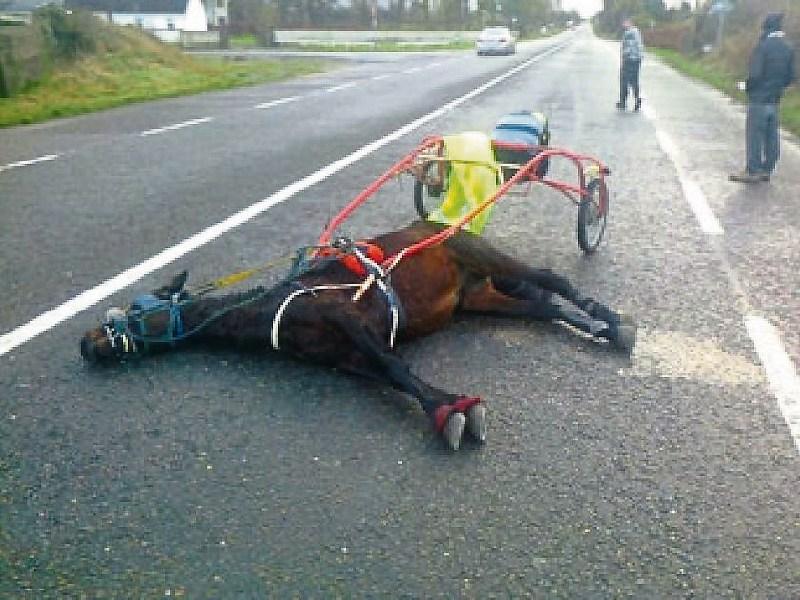 An online petition to ban sulky racing in Tipperary has gathered over 7,614 signatures since going live last month.

The petition was launched in a bid to rally Tipperary County Council, the Department of Agriculture and An Garda Síochána to enforce the Control of Horses Act (1996) and Horse Bye-Laws in the county.

Cottage Rescue Animal shelter founder Hannah Fitzgerald has said she is calling on both local and government representatives to “carry out their responsibilities” and remove sulky racing from Tipperary roads.

“We want this petition to be used in supporting Cllr Doran's motion to show how the people of Tipperary want sulky racing removed from our roads” said Ms Fitzgerald. At a recent County Council meeting, Cllr David Doran called for a ban on sulky racing in the county.

While Ms Fitzgerald says she is no longer able to take in horses at her rescue centre due to a back injury in 2011, she says she still receives regular calls about incidents in the county. She estimates she would have taken in between 15 and 20 horses injured in sulky racing in the past.

In addition to gathering support in Tipperary, the petition has also collected signatures from people in the UK, Sweden and Italy.

“My friends from overseas have said they are astounded to see it happening on our roads,” she added.