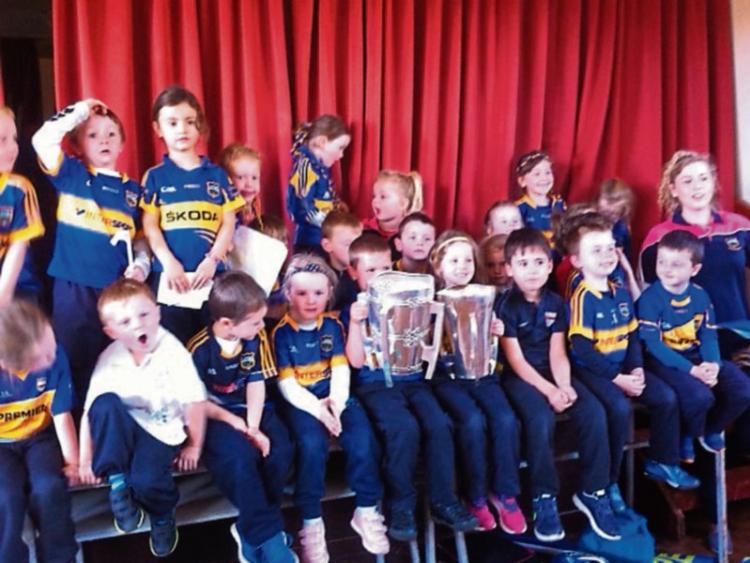 The excitement reached fever pitch as both players, together with our own local Rockwell Rovers stalwart and GDA officer Kevin Halley entered the schools. In the girls school, they were welcomed with the song "3 cheers for Tipperary"and a rendition of Trudi Lawlor's version of "It's a long way to Tipperary".

The junior infants also sang "Liam McCarthy is back" with great gusto. In the Boys school, the boys sang “This is our Year”, read a poem and did a rap about the players – Johnny B has a lot to answer for! Both John and Cathal showed great patience with all the children by signing jerseys and hurleys, answered questions and allowed the cups to be passed around so that each child could get their hands on them.

1949 is the last time Tipperary won the double with both Seniors and Minors so there was a great atmosphere. Photographs were taken outside with both players. Up Tipp!