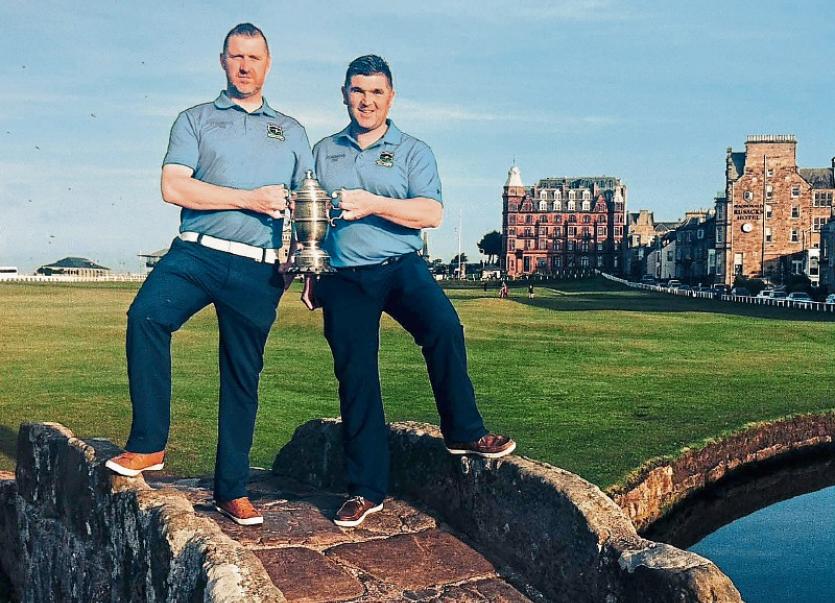 Congratulations to Slievenamon Golf Club (Lisronagh, Co. Tipperary) members Shane Kenny and Colin Allen who made history last week at St. Andrews in Scotland by winning the HolmPatrick Cup for the second time and in doing so are the All Ireland Champions for 2016.

This is the first time in the 80 years history of the Holmpatrick Cup that a team has managed to retain the cup.

This year 164 clubs competed in the HolmPatrick Cup and in the process raised over €45,000 for NCBI.

The finalists who qualified in play in the final were teams from Hermitage G.C. (Dublin), Gowran Park G.C. (Leinster), Slievenamon G.C. (Munster) and Aughnacloy G.C. (Ulster/Connaught).

All provincial winners enjoyed an all-expenses paid 3 day trip, the final was played over two rounds on the Old Course and New course in St. Andrew’s, Scotland.

Who knows Shane and Colin might be back to complete the three-in-a-row in 2017?