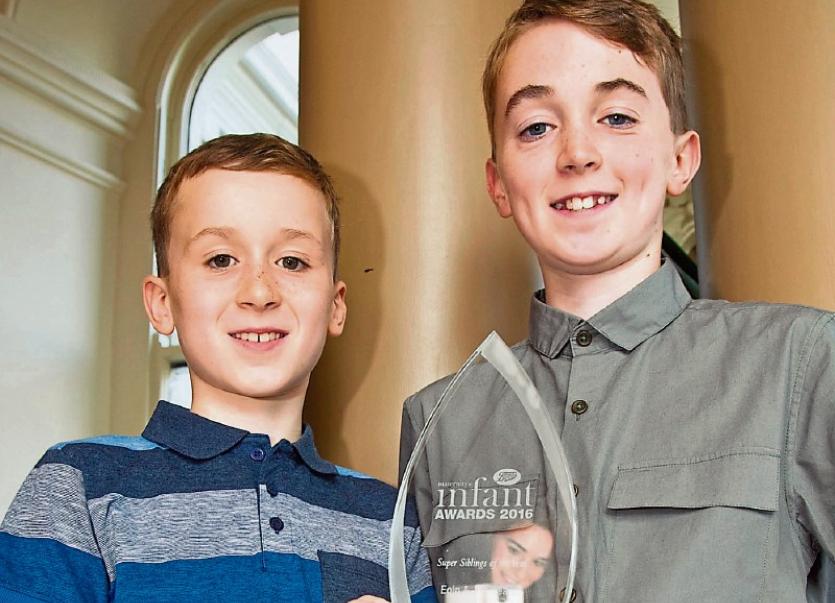 Two young brothers from Ardfinnan have been named ‘Super Siblings of the Year.’

Eoin (12) and Joe (nine) Keane took the title in a national search for outstanding brothers and sisters as part of the Boots Maternity and Infant Awards.

The boys were nominated by their mum Anne Marie who told the judges how her two older boys are “fantastic” with their twin toddler brothers, Cillian and Conor.

Anne Marie said: “In 2014 I found out I was pregnant. I already had two boys, Eoin who is now 12 and Joe who is now 9. At about 9/10 weeks my husband (John) was bursting to tell the boys our news. We told them but told them they couldn't tell anyone else until after 12 weeks. I thought they'd never contain the news but they did!

“I went for my twelve-week scan where found out I was carrying twins. I came home and told the boys and they were so excited. They finally got to break the double news when they got to school on Monday morning.

“I had a fairly tough pregnancy and all the way through but the boys were fantastic. They helped with all the housework all the time. I ended up going into early labour and the twins, Cillian and Conor were born at 34 weeks.

“We then found out that both the boys were born with Down Syndrome. It took myself and my husband a bit of time to get our heads around this but we knew we'd be fine. My husband explained to Eoin and Joe that the boys would have some special needs and would need extra help, to which Eoin’s reply was, “But, dad, they’re our brothers why wouldn't we help them! 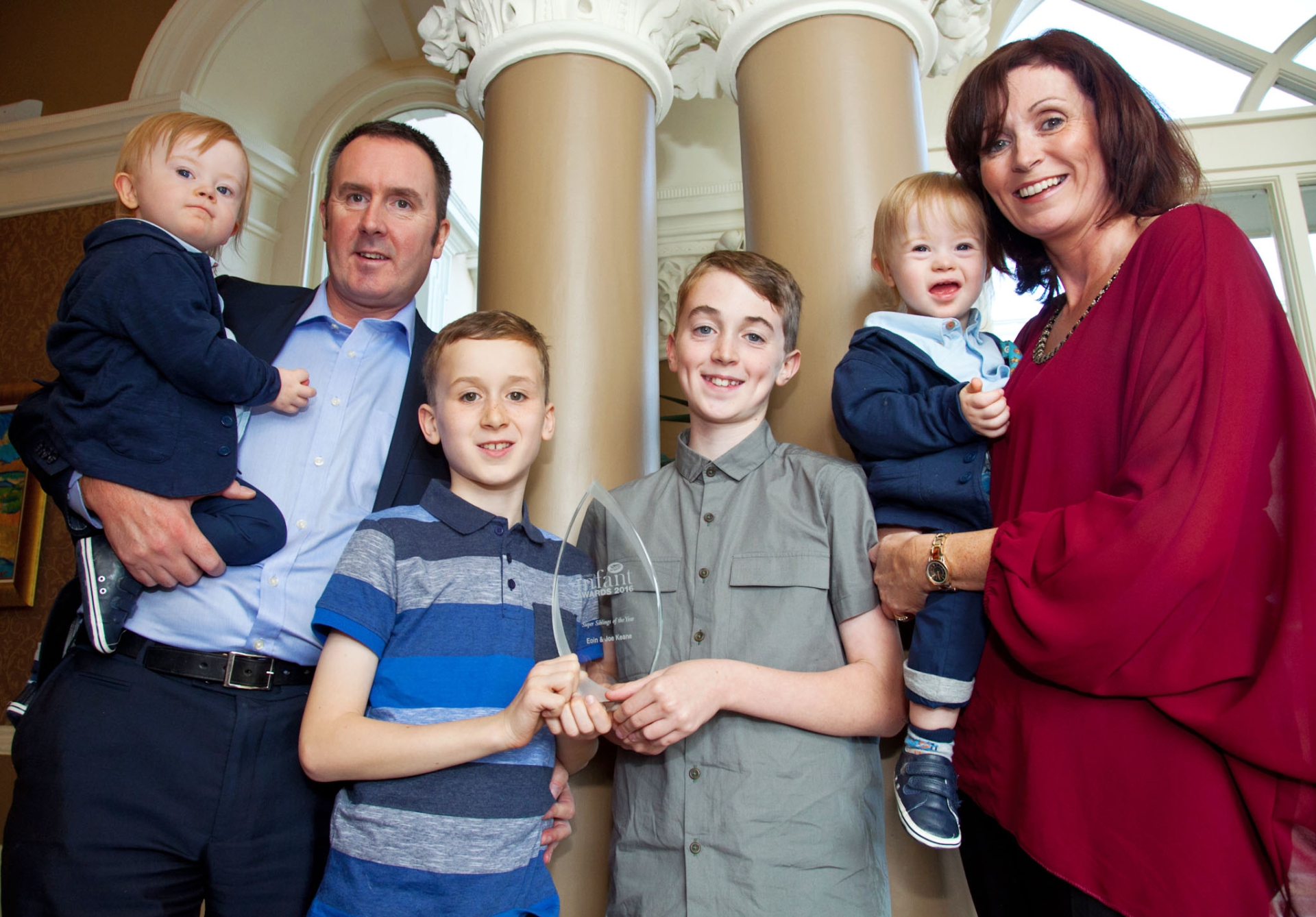 Joe and Eoin with their brothers Cillian and Conor and their parents Anne Marie and John Keane.

“They took it all in their stride. The twins spent three weeks in hospital before we got to bring them home. We've been really busy with all the boys over the past 22 months.  Eoin and Joe are fantastic with the twins.  They love helping out with physio or speech and language. They're always really interested in hearing how they got on at appointments and wanting to know what they have to do for their next appointment.

“My mum would sometimes babysit if we have something on and she'll always tell us that she had nothing to do as Eoin and Joe will feed the boys, dress them, entertain them, bring them for their naps and anything else that's needed… except changing nappies!

“To be honest, my husband works long hours and if it weren't for the two boys I’d never manage. They're fantastic little men and I'm very proud of them!”