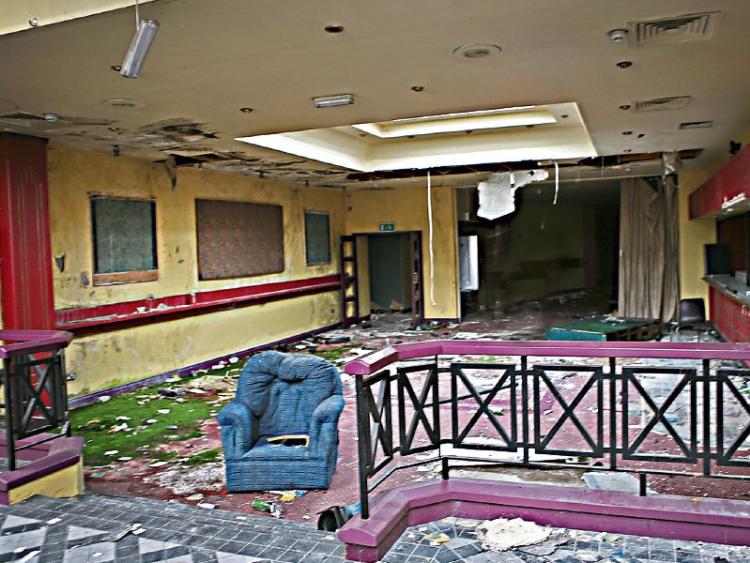 District Administrator Paul Murray is to meet with one of the owners of the former Clonmel Arms Hotel tomorrow, Friday.

Mr. Murray told this week's meeting of Clonmel Borough District that he shared the concerns of the council members about the site, and he would put those concerns to the owner.

He understood that the property was in NAMA's control but this had yet to be confirmed.

He said that he and Borough District Engineer Jonathan Cooney had met with the County Council's environment section and had started an examination of the property to try and issue a derelict sites notice that would make the building more secure.

Cllr. Michael Murphy said that the building was an environmental hazard and surely the council had a role.

There had been a frustrating lack of movement about the sale of the site and in the last number of months it had been withdrawn from sale.

Cllr. Murphy said that since then it had been really sad to see the building and the town reflected in such a context from the reports in the Sunday World and Nationalist newspapers.

This was the first time he had seen photos of the inside of the former hotel and it was sad to see the condition it was in now (pictured above). There was a significant amount of anti-social behaviour in the building and one tragic event had taken place there.

Cllr. Murphy said that a redeveloped Clonmel Arms site would generate the footfall that was needed in the town centre to assist with its recovery.

The council should send a message that they were available to assist in whatever way possible.

The hotel had been closed for eleven years and they needed to do more.

Cllr. Pat English said he wouldn't be too happy that Paul Murray would be speaking to the owner if the property was in NAMA, because his hands would be tied.

He thought they should hold a special meeting to discuss this key site that had deteriorated immensely.

The Clonmel Arms used to be the heart of the town. It was a hive of activity seven days a week and was a huge loss to the town.

Director of Services Sinead Carr said that they should bear with Paul Murray and allow him to gather the relevant information before they considered holding a special meeting.